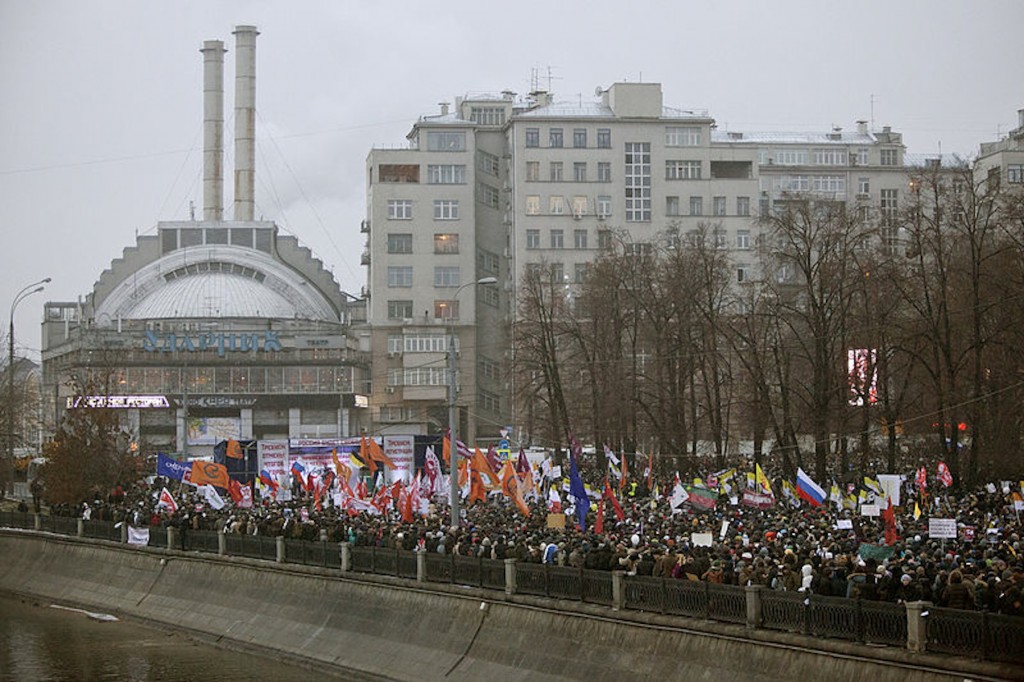 Image acquired from the Wikipedia article on 2011 Russian protests 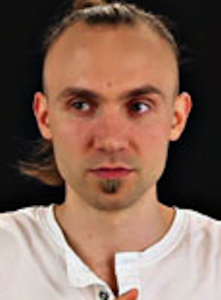 Russia witnesses a complex sociopolitical situation today. It is well-known that in 1917 the country experienced a revolution, the result of which was the overthrowing of the Czar’s power and the beginning of 70 years of the greatest experiment on creating a Utopian and ideal human society in the world’s history. It was supposed to be a society of liberated communists, developed, striving towards scientific achievements, high moral standards, universal happiness, love, elimination of private property, elimination of national segregation, sexual segregation, etc. In the1920s most progressively thinking people around the world looked upon the Soviet Union as a brand new world. Young male and female communists walked naked through villages, thus showing peasants and proletariat their progressivity, openness, and revolutionary type of relationships for that time – free relationships.

Unfortunately, in less than two decades – in 1937 when huge masses of people were repressed (and executed) ­– it became clear that the experiment had failed.

In terms of Spiral Dynamics values in the Soviet system were at least Orange. Formally, Soviet values were high – postconventional values. And they were promoted almost till the very dissolution of USSR. Repressions, however, were aimed at those people who could have realized these values: politicians, scientists, writers, poets, artists, military experts, and so on. Often those who proactively supported and participated in the Revolution were repressed, too. The level of ego development (Cook-Greuter) of these people appeared to be Self-Conscious (Expert) and Conscientious (Achiever), which, of course, made them very dangerous for those who came to power.

In fact under an official mask of the philosophy of dialectical materialism emerged a fundamentalist Blue structure. In the subsequent time it served as a basis for the huge system of governance with Red “warlords” holding the highest bureaucratic positions. At each level of this system the names of Communist chieftains (Lenin, Stalin) were repeated as mantras.

High values and social selection toward a Conformist stage of ego development (quite an unusual cocktail at first glance) led to the stagnation and gradual breakdown of the Soviet Union. And its history found its end in 1991. Instead of it, a country without values and sociopolitical power emerged. The main goal of its population was to survive and the main goal of those who came to power was to establish order.

It took twenty years in order for the Achiever self to emerge and stabilize in Russia. For the politics of its destruction had been enacted since the 1930s. And the power that 20 years ago acted as a savior for the Conformist majority today isn’t adequate to the demands of the newly resurrected Russian middle class.

On December 4, 2011 was an election day for State Duma. On the next day, December 5, after the results were officially announced, about 10,000 people spontaneously went into the streets. Enormous amounts of material that proved mass falsifications of elections in favor of the power-holding party (United Russia) was posted to the Internet. According to independent evaluations the percentage of votes in favor of United Russia wasn’t supposed to be more than 30%. But, according to officially announced results, the party gathered almost 50% of votes.

People, being angry because of the lies and falsification of evidence that flooded the Internet, began to spontaneously co-organize with the help of social networks. After the spontaneous December 5 protest rally it was planned to organize a rally for 300 people at Ploschad’ Revolutsii (Revolution Square) in Moscow. By Friday, December 9, the organizers reached an agreement with the government: the place of the protest rally was changed to Bolotnaya Ploschad’ and the number of allowed participants was elevated to 30,000 people. Meanwhile an extraordinary activity in social networks showed that about 45,000 people intended to attend the rally.

Two days before the December 10 rally, with an initial group of colleagues I facilitated the process of so-called “worldwork”—a group process aimed to work with situations of conflict in societies (learn more about the method from the new book The Deep Democracy of Open Forums by Arnold Mindell). Understanding that current attitudes in society and the power structure’s response may lead to the direst of consequences, we attempted to work with the situation on the subtle level. The essence of the method consists of conscious and experiential accessing of the group field and expressing and living through the roles that manifest in the conflict.

In our worldwork we engaged with the current situation in order to become conscious of deep processes that happen on the subtle realm and move some people to protest and others to attempt to suppress this movement. The first important awareness that emerged was that the current power structure is very strong and doesn’t perceive itself as a tyrant. Quite the opposite, it saved its people and continues to do so. It is very displeased with the agenda of the opposition, which wants to overthrow it. In a sense it reminds one of the relationships between fathers and sons. In terms of the integral approach, it is thanks to the tough governance—which led to the increase in a relative prosperity of people—that the necessary conditions for the Achiever stage’s emergence were met.

One of the key issues related to power in Russia is that of corruption. It has an ancient history in our country. It seems that attempts to decrease corruption even insignificantly are bound to fail. It is interesting that participants who supported the role of the current power structure didn’t assess their management style as one that includes the element of corruption. They didn’t understand such charges. They felt that it was their way of taking care of people.

We obtained these perspectives during the process work that was conducted from the Sensitive level in accordance with the research conclusions of Elke Fein. In her research she analyses statements of government officials from various eras of Russian history (19th century, the Soviet period, present days). In these specifically studied cases the level of moral development of government officials corresponds to stage 3 (on Kohlberg’s scale). At this conventional level what is good and what is bad are assessed by the peer group to which an individual belongs. In this case no matter what declarations or laws exist in the country, what is being followed is not those but other rules that are accepted in the particular group that is relevant for the person. In particular, that which is considered to be corruption according to the law will not be evaluated as such if it is not considered corruption in this group.

It is only on the next conventional level law that duty start to prevail. In this case no matter what the group would do, an individual would evaluate his or her own  and partners’ actions from the viewpoint of the law, rather than intragroup norms, and will fight violations. It is important to note that participants of the worldwork were not acquainted with the work of Elke Fein and the concept of moral development of Lawrence Kohlberg. This added purity to our experiment.

Toward Opening of the Power Structure

The second important awareness that emerged in the process consisted of the realization that the process doesn’t unfold in the direction of power transition, but in the direction of the power structure becoming more open and interactive with the opposition. On the one hand, no role could emerge that would equal the power of the current power structure or that could overthrow or replace it. On the other hand, the opposition had to transcend its “edge” (in process work “edge” is something that is often experienced as a zone of discomfort when one meets the necessity to transcend the old patterns and break into novelty), forgive the power structure for everything it has done and support it in its own evolutionary development, rather than negate it altogether. The power structure senses the tendency towards development. It sees and understands well that it is time to change. But it is reluctant to do so as quickly as it is demanded by the opposition or the evolutionary principle which presses it (the role of the evolutionary principle emerged towards the end of the process work).

I was happy about the fact that the December 10 protest rally in Moscow happened without a single arrest. Provocateurs who tried to provoke police were stopped by participants of the protest rally. Up to 100,000 people went through Bolotnaya Ploschad’ in total, while up to 25,000 people were there at any a given moment of time. Famous journalists and leaders of social movements spoke at the protest rally. Meanwhile, the notorious leader of the nationalist movement Eduard Limonov wasn’t allowed to speak, and calls to force a change of power and revolution were met by people with disapproval and “booing.”

Thus, from the perspective of the Integral Approach, the Russian scenario is very different from, say, the Arab Spring. In addition to the systemic viewpoint, in order to understand its dynamics it is also important to apply the models of stage development of self (ego), values, and other lines of development. It is also important to keep in touch with the experiential subtle realm out of which the situation develops in the gross realm.

In order for positive unfolding of the situation for every human being, for every participant of the conflict it is very important to have access to interior quadrants that include not only an awareness of  personal space but also a capacity to take the opponent’s perspective and experience his or her feelings.

It is a very difficult task for the current level of development of people on both sides of the barricades. This makes a proactive, wholehearted participation of the Sensitive self in the situation to be of special importance, for the Sensitive self is capable of supporting subtle tendencies in the space and direct them towards more open, integral interaction. Then we will be able to avoid repeating horrible events such as happened in Russia in the beginning of 20th century and their consequences. The basis for this to start to manifest can be found in the current situation.