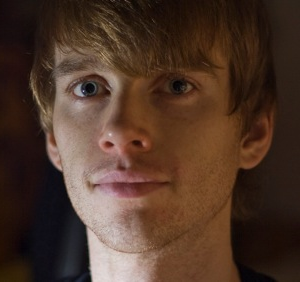 How does a contemporary leadership culture look like, that can adequately face the challenges of the 21st century? This question was central to the conference – less theoretical but more as a lived experiment.

Already preceding the conference this new culture in the working style of the core team and the co-creators was lived and explored. In short this means: collectively we create the conference, wisdom is predominant over ego, we decide by consent rather than consensus (methodology from sociocracy/Holacracy), we follow our energy rather than the clock, we live a mutual appreciation and responsible freedom rather than rigid rules, we follow our intuition.

The Leadership³-Conference took place from May 17th-20th 2012 on the Olympic area in Berlin.

The Cornerstones of the Conference

Consciously we played with many perspectives and worked on the topic in the context of our own life (self leadership), our work and our teams (direct leadership) and the larger evolutionary context (collective leadership). We took into account that all these dimensions are interconnected on a deep level and were inspired by teachers and scientists like Ken Wilber, Don Beck, Otto Scharmer or Thomas Hübl.

Self Leadership has been the theme for the first day: guided by a structured questionnaire and mutual coaching the participants reflected on their own leadership style, their values, visions, strengths and weaknesses. In the afternoon, Samir Keck and Hendryk Obenaus set an impulse for a new culture that makes more use of intuition in their workshop “Intuition – Ways of Self-Actualisation”. How does our leadership culture change if intuition is used more widely and consciously?

The second day was themed under the title Direct Leadership with questions around team and organisational leadership. In his workshop “Leadership and Diversity” Dr. Tilman Eckloff created a learning space in which participants could reflect on questions around the creation of a “good” togetherness – always respecting the mutual rights of free development. His work makes different value systems cognitively and emotionally comprehensible – and gives space to explore alternative strategies with value conflicts. In parallel there was a workshop on “Leading People with Intuition” where the possibilities of working with intuition in teamwork were experienced. Why is there a blockage in my team? What does our intuition have to say to this? Who fits in the team and who builds a harmonious team? If this knowledge is implemented earlier challenges or potentials can be identified or solved earlier.

Lutz Martens, CEO of Maximum Personalmanagement GmbH opened the Open Space session in the afternoon with his impulse presentation. He reported from his entrepreneurial practice and emphasised, how strongly leadership styles depend on the size and other properties of an organisation.

The third day was themed Collective Leadership. Facilitated by Matthias Lehmann, Jonathan Klodt and Hendryk Obenaus the participants went on an experiential journey of the different stages of Spiral Dynamics. How is leadership experienced on any of the different worldviews? During the whole day we explored what happens if a group is guided by collective intelligence and the space is less held by structures and people rather following their impulses more freely. This is hard to explain but more an expierence. Important poles that arose as research questions seemed to be the dynamic between individual and collective focus of the personal awareness as well as between reflection and action. To which degree do I just follow my impulses and how much do I reflect on the just experienced?

Rainer Trost created the introduction to each day with his yoga and sensual awareness sessions in the mornings. Yves Douma made different leadership styles tangible by expressing them musically with his participatory life arrangements. And since Leadership³ was not only a conference but also intended as a festival we did not only learn and work a lot but also enjoyed good food, relaxed in the sun, danced, put on costumes, became creative with handcraft and art projects, made music and sang and shared many deep conversations and experiences – all of which created an atmosphere of connectedness, deep friendship and closeness that intensified during the course of the conference.

Résumé – What Was Special About the Conference?

From the perspective of each participant this might have a different colouring. What was important for most of us was a special experience of living a new leadership culture right now. Nothing was elaborated in an empty space – it was about the on personality, other people and the larger context in which all of it was arising. The chord of theory, practice and reflection created a living frame for exchange and learning in which new knowledge could be experienced and integrated.

Everyone was in his way an active participant in his own learning experiences, but also those of the group responsible by contributing his perspective. One-sided passive consuming was rare. This showed a great respect and openness that enabled transparency and depth. And naturally the body and other senses were included regularly. Hence, leadership for us also means to integrate information of non-cognitive sensory perceptions in our actions and utilise the inherent wisdom.

The short blossoming of a new culture during these days, this reference experience of what is possible inspires us still in our every day lives. One thing is certain: We will continue the experiment and create another “landing strip of the new” (Otto Scharmer). The next Leadership³-Conference 2013 is in preparation.

Hendryk Obenaus completed his first trainer education in 2004. In addition he went through various advanced trainings (among NLP Practitioner, Intuition with Kira Kay, Timeless Wisdom Training). He is employed at a training company and experienced many training and coaching situations with diverse clients. His focus at PerspekTeam, a training company he recently founded, are train the trainer and personal development courses.

Jonathan Klodt, after graduating in Business, founded a company working on team leadership where he and his team were awarded in 2011 among other prices a nation wide innovation award. He currently lives in the ecovillage of “Sieben Linden” and works for the Global Ecovillage Network, an international NGO that supports the creation of experimental, sustainable settlements as a holistic answer to global problems. His focus of work is the connection between integral spirituality and evolutionary leadership as well as the role of the leader as a facilitator of processes.