Integrative, Vedantin, or Neither 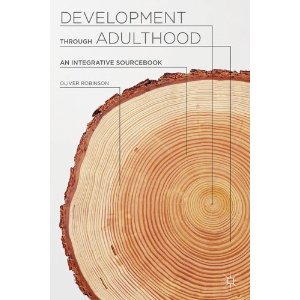 Have you seen any one of the many productions now available featuring Stephen Hawking as he describes on the grounds of mathematical physics the grand design of the universe? As Hawking tells his awesome story with indubitable authority and wonderful eloquence, do you feel uneasy, as I do?

Being one of the most admired scientists alive, Hawking has the permission of many people to broadcast his worldview into their homes, without mentioning the significant criticisms of his worldview that have been given in different contexts by Edmund Husserl (phenomenology), Alfred North Whitehead (process philosophy), Seyyed Hossein Nasr (philosophy of science and sophia perennis), Henri Bortoft (Goethean science), Wolfgang Smith (mathematical physics and traditional metaphysics), and many other philosophers and scientists.

My main problem with Hawking’s worldview is that his science is mainly mathematical. For someone accustomed with Ken Wilber’s integral theory, his theory of everything is far too small for my liking.

I have similar problems with Oliver Robinson’s Development through Adulthood: An Integrative Sourcebook. His integrative sourcebook is admirable in many ways, yet I feel rather uneasy about it. Given that it is a book based on modern science, I am not surprised that it does not mention any non-Western views of human development. More troubling for me however is that it is much too small for my liking: it only considers quantitative and qualitative research on adult development in an interdisciplinary context.

What I want to do here is to compare Robinson’s Western view with Rene Guenon’s Eastern view of adult development.

Robinson is a senior lecturer in the Department of Psychology and Counselling at the University of Greenwich, United Kingdom. He has done an excellent job in gathering together the relevant research in many areas of adult development in his integrative sourcebook for his UK students. Guenon is a traditional metaphysician. He also has done a brilliant job in providing a concise overview of adult development in Man and His Becoming According to the Vedanta. When someone bothers to read these two different accounts of adult development side by side, let’s add some spice here with the claim that one account represents the best of UK psychology and the other the best of Indian metaphysics, what will she or he find?

Robinson’s account is based on the conventions of science and scientific research developed in schools of psychology during the 20th century. In it, he carefully defines his key terms: adulthood, development, quantitative and qualitative research methods, and biopsychosocial paradigm. Within his given scientific context, he then marshals research from many different disciplines, including developmental psychology, health psychology, neuroscience, nursing, et al., on the inter-related and interdependent topics of cognition (thinking), emotion (feeling), and motivation (doing); and on the ‘whole-person’ topics of psychosocial life stages, personality, morality, spirituality and wisdom; and on the important topics of mental disorder in adulthood, social and occupational development, and death and dying. To add some flourish to his work, Robinson features here and there the voices of some participants in qualitative research, some real world applications of research that have benefited some people, some unorthodox views outside of the ruling orthodoxy in a particular discipline, and some cross-cultural views from non-English-speaking cultures.

In a nutshell, that’s a summary of Robinson’s integrative sourcebook. There are some debatable issues such as the actual significance of his particular approach to, and application of, interdisciplinarity; his specific selection of admissible topics and of admissible research in each topic; and his reframing of Ken Wilber’s quadrant model. In its scientific context, in my eyes, his integrative sourcebook is worth a four star rating in a five star scale. It certainly contains many gems. Here is one of them: Robinson quotes Randal Marlin, “The pursuit of truth is like picking raspberries. You miss a lot if you approach it from only one angle” (p. 28).

Operating with a very different worldview that has a distinguished lineage spanning thousands of years, Guenon’s account of adult development is based on the principles of traditional metaphysics as presented in the Upanishads and interpreted by its most authoritative commentators, such as Shankara, Ramanuja, et al. Guenon also is very competent in defining his key terms: Vedanta, Self, Ego, the Seat of Brahma, Purusha, Prakriti, the degrees of individual manifestation, Buddhi or higher intellect, Manas or the inward sense, the ten external faculties of sensation and action, the five envelopes of Self, the essential unity and identity of Self, the different conditions of Atma, the Waking state, the Dream state, the state of Deep Sleep, the sacred monosymbol OM, the posthumous evolution of the human being, the coronal artery and solar ray, the path of liberation, final deliverance, the spiritual state of the Yogi, and the Supreme Identity. Not just interested in providing a full metaphysical doctrine of human liberation, Guenon also is concerned with the practical methods that are used to make final deliverance a living state in the fully realised Yogi.

In the estimation of many lifespan psychologists in the UK, Europe and USA, such as John Lambie, Christopher Barnes, Dan McAdams, et al., Robinson’s integrative sourcebook is, in Eeva Kallio’s assessment, “a comprehensive view of modern psychological theories of adult development.” In the estimation of philosophers and scholars in the school of sophia perennis (perennial wisdom), such as Seyyed Hossein Nasr, Huston Smith, Martin Lings, Wolfgang Smith, Titus Burckhardt, et al., Guenon’s treatise is a peerless work of profound wisdom.

My main problem with Robinson’s integrative sourcebook is that it does not address ANY of the aforementioned topics featured in Guenon’s account of human development.

My solution is to contextualise Robinson’s integrative sourcebook within Guenon’s account of Reality, as outlined in table 1, which refers to five degrees of Reality sourcing from, and returning to, unqualifiable Beyond-Being in diverse radii and concentric circles, to Being-Consciousness-Bliss (Sat-Chit-Ananda), to Buddhi and the Deep Sleep state, to Manas and the Dream state, and to the Waking state and the sensorial world.

Here I simply note that Robinson’s modern account of adult development deals with some observable, measurable, evidence-based features primarily located in the Waking state. The rest of human development, found in Guenon’s Vedantin worldview, does not exist in Robinson’s scientific context.

Table 1. The Five Divine Presences in the Kosmos (macrocosmos) and in the Human Being (microcosmos).

After spending some time fathoming the contents of the table at this point you may ask: what can I, or we, do to integrate body, soul, spirit, Being and Beyond-Being in our humanity (microcosmos) and our kosmos (macrocosmos)? The answer in Vedanta and other wisdom traditions is to transcend self and other in Advaita (non-duality) by following in each moment a path of liberation, revealed by the Divine Logos in each wisdom tradition, through the Waking, Dream, and Deep Sleep states, and in final deliverance to let go of the Divine Logos (God) for Beyond-Being’s (Godhead’s) sake (Nasr, 1981; Guenon, 2001 & 2009; Schuon, 2007; Lings & Minnaar, 2007; Markides, 2012; H. Smith, 2012a; Stoddart, 2012).

Now, let me revise my rating of Robinson’s book. His integrative sourcebook mostly deals with the measurable aspects, not the essential principles, of the Waking and Dream states, which are just empirical parts of two ontological degrees of the five degrees of Reality indicated in the table. Moreover, his integrative sourcebook has limited interest in divine therapies and therefore does not address at appropriate depth the operative methods of catharsis, illumination and divine realization available in any path of liberation. In the context of Guenon’s Vedantin worldview, in my eyes, his integrative sourcebook is worth a one star rating.

Finally, I pose my closing questions for the reader:

Given that diverse premodern, diverse modern, diverse postmodern, and diverse integrative worldviews are involved in our 21st century worldview wars, I ask, which aspects of our humanity (microcosmos) and our kosmos (macrocosmos) are being counted, acknowledged, and promoted, or discounted, ignored, and sacrificed in each of these worldviews?

In addition, I ask, what is going on in our schools and universities so that premodern understandings of human development and their related methods of divine liberation, found in Vedanta and other wisdom traditions, including Buddhism, Taoism, Neo-Platonism, Jewish and Christian Kabbalah, Christian Hesychasm, Sufism, American Indians, et al., see recommended texts in references, are given so little standing in the education of our students in the UK, Europe, USA, and elsewhere?

Guenon, R. (2001). Man and his Becoming according to the Vedanta. Hillsdale, NY: Sophia Perennis.

Lings, M. (1996). The Secret of Shakespeare: His Greatest Plays Seen in the Light of Sacred Art. Cambridge, UK: Quinta Essentia.

Nasr, S.H. (1996). Religion and the Order of Nature: The 1994 Cadbury Lectures at the University of Birmingham. New York, NY: Oxford University Press.

Nasr, S.H. (2010). In Search of the Sacred: A Conversation with Seyyed Hossein Nasr on his Life and Thought. Santa Barbara, CA: Praeger.

Schuon, F. (2003). Form and Substance in the Religions. Bloomington, IN: World Wisdom.

Gerard Bruitzman has been involved in activities related to transpersonal psychology, perennial philosophy, Christian meditation, integral studies, and futures studies in Melbourne, Australia for over 30 years. In 1980 he discovered Ken Wilber’s The Atman Project, which contained many tables of full spectrum human development from earth to heaven (or, in Wilber’s terms, ‘dust to divinity’). These tables inspired him to go on to engage with more premodern, modern, and postmodern readings of human development. Currently, he focuses above all on two different readings of human development: one based on liberation out of time, the sophia perennis (such as the works of Seyyed Hossein Nasr, Huston Smith, Harry Oldmeadow, Wolfgang Smith, Kyriacos Markides, et al), and the other based on development across and within diverse senses of time, integrative developmental psychology (such as the works of Robert Kegan, Bill Torbert, Mark Edwards, Sean Esbjörn-Hargens, Barrett Brown, et al). He holds a Master of Management (Strategic Foresight). Gerry is available at gjbruitzman@hotmail.com.