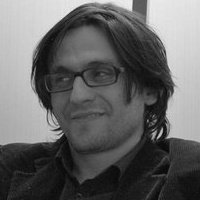 Traditionally, Italy has maintained a reputation as a laboratory of new and original political phenomena, being generated in movements such as Risorgimento, Fascism, Togliatti’s Communism, Berlinguer’s Eurocommunism, and Berlusconi’s charismatic media-based power system. These new and original approaches to leadership made Italy a modern and large nation state, a mix of very ancient cultures and very new contradictions, a place where modernity came with a peculiar intensity and sometimes violence and unpredictability.

In the last few months, this Italian way of politics seems to be confirmed again. In fact, the sort of two-party system achieved in 2008 – thanks to Berlusconi’s efforts in merging the right and centre parties – is now ineffective. The polarization of the political arena, which lasted for the last 20 years from the end of the cold war, is now fragile and weak. The model of leadership that wads experienced in this period is quite significant in that Berlusconi built up a party whose political class was composed of his managers, former democristiani and socialisti, and former neo-fascists who were divided in camarillas based in regions such as Sicily and Lombardy. The alliance with the autonomist party, La Lega, based in the northern regions, was fundamental in these governments. The Italian right developed a sort of charismatic leadership based on Berlusconi’s ability to monopolize the mass media and communicate apolitical consumer and macho model ideals that permeated from commercials.

On the other hand, the parties of the left in Italy experimented in primary elections in an effort to legitimize centre-left alliances with the popularists and neo-communists. Despite these coalitions winning two elections, they were too fragile and unable to set up a working model of leadership sufficiently strong to maintain political forces which were so different.

The loss of a general agenda in relation to an international reference point in the aftermath of the cold war generated a permanent weakness in Italian politics. In the 1990s, the Left tried to set up new relations with Bill Clinton and Tony Blair, while the Right achieved a new alliance with Vladimir Putin, Gheddafi, and the popularists in the European parliament.

The 2011 crisis caused the disappearance of Berlusconi’s leadership, due to the difficult economic conditions, which weakened his rhetoric of consumerism and distance from the state. With the Monti government, the Italian leadership experimented in a closer association with Germany and France, and returned to a strong engagement in the European dimension. At any rate, Monti, in these last months, has pursued a policy unsympathetic to the social problems of the country. The coalition that supported his government caused the emerging of new political phenomena and the coming of new forms of leadership based in the new means provided by technology, in the trust upon the juridical enlightenment tradition, or in catholic heredity or in the values prominent in the business activities , which confirms the uniqueness of the Italian political system.

The stand-up comedian Beppe Grillo founded his Cinquestelle movement, an internet-based association that mocked corruption and the gerontocracy of the Italian political environment, propelling an internet-based form of representation, animated by means of green ideals and an anti-migrant and anti-European perspective.

Also, the CEO of Ferrari cars, Luca Cordero di Montezemolo, decided to start a new political movement in order to sustain the Monti government and its ministers in the new general elections. This new form of leadership could again manipulate, as did Berlusconi, personal interests and managerial culture in order to express an alternative to the traditional parties. The moderate Left party again reworked the primary election in order to achieve a new reputation of participation and interest in change.

The Italian political panorama is completed by the emergence of a new leftist rassemblement that is trying to assure a place in the Parliament for the radical left. In this case, the leadership again has a regional base centered on the Naples mayor, Luigi De Magistris, and as in the media success of the anti-mafia magistrate Antonio Ingroia, the alliance is enriched by a plethora of small post-communist and leftist political movements.

Naturally, the Catholic Church is also involved in the political leadership. It is promoting centre parties such as UDC (Unione di Centro) and some peculiar syndicates and cooperative elements active in the Monti government. For these reasons, the working of the Italian leadership is very complex and places great emphasis on focusing on the development of leadership and its very different forms (religious, juridical, economic and political). The economic crisis and the problem with the representation of interests in a multifaceted society, such as the Italian, offer significant new elements of mutation. This peculiarity of the Italian model of leadership and its very original and creative modality of development recalls the theories of Don Beck and his approach to complexity.

It seems that different “worldviews” coexist within the boundaries of a single nation. Putting in Beck’s words Italy is the “global microcosmos”. In fact it makes sense of the enormous complexity of human existence, and reveals the hidden complexity codes that shape human nature, create universal diversities, and drive evolutionary change. These   forces attract and repel individuals, form the webs and meshes that connect people within groups, communities and organizations, and forge the rise and fall of nations and cultures. Italy experienced advanced civilization in ancient times, but suffered a very slow and complicated process of nation building. Indeed in XVII century, as Spain, Italy missed a development similar to that of other European nations. Despite the progress at the beginning of XX century, in the end modernization and urbanization changed the face of Italy only  in the 60s, furthermore south of Italy was invested by such wave of change only in the second half of the 70s. Still now the nature of Italian culture is complicated by the nuances it developed in emigration in Australia, Europe and Americas where the dynamics of change and socialization are still more complex and unpredictable. Leadership in Italy reflects this historical background, and it is very significant in our global world, where cultures entangle themselves by means of technology, migrations, and production and by means of new form of education and acculturation.

Lorenzo Santoro achieved a doctorate in modern history at the Roma Tre University in 2004 with a dissertation about the Italian Fascist Party in the seizure of power phase, with particular attention to Roberto Farinacci’s contribution to fascist culture and strategy. This research was published as a book in 2008. His research interests addressed Italian history with a focus on the politics of culture, mass propaganda and the culture of organization. He has given 30 talks at international conferences and 18 articles on fascism, political theory and methodology (Arendt, Benjamin, Gramsci), music and ideology, with a focus on the Risorgimento and Futurismo as pivotal turning points of European political culture. He has edited a volume on the democratic leader, Giuseppe Dossetti, and he will shortly publish a book entitled “Music and Politics in the united Italy”. He was Associate Fellow and Tutor at Warwick University, visiting scholar at the Dresden based Hannah-Arendt-Institut für Totalitarismusforschung and taught a course on ‘Risorgimento, strength and violence’ at the Roma Tre University.