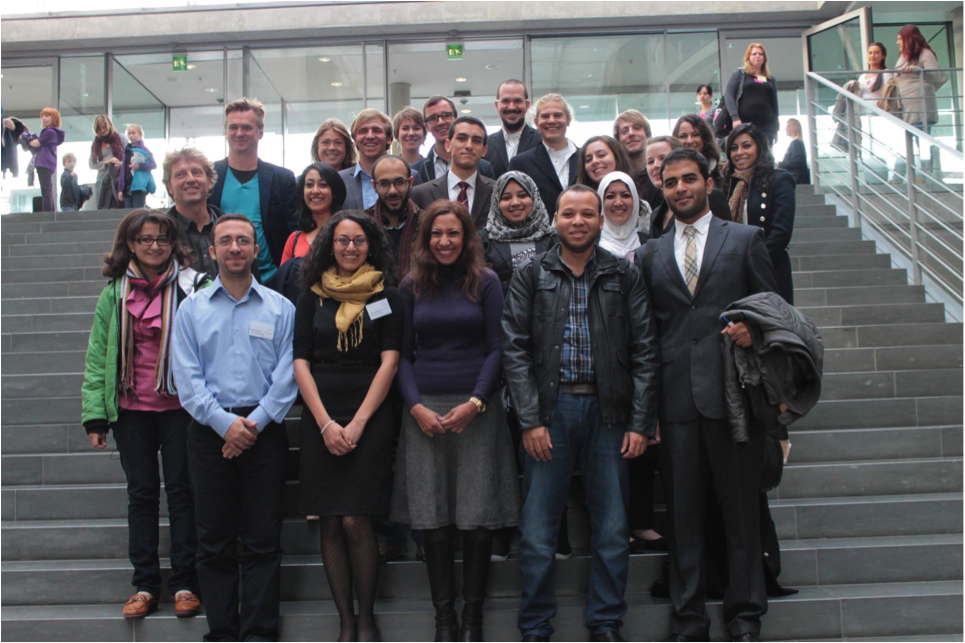 In the Autumn 2012 an integral encounter of a special kind took place: 20 young potential leaders who are involved in projects of different kinds aiming to shape their political and civil societies in their own countries – Egypt and Germany – met for the first time. This fruitful exchange took place in the framework of the “Yalla, Yalla Project” that started in October in Berlin and continued on in January 2013 in Cairo as a 5-day-workshop.

During the workshop the German-Egyptian group gained deeper insights in the culture of potential fulfillment and was working with methodologies of political communication by using  a systemic way of understanding. This brought new and fresh input for the participants of both sides and led to an ongoing dialogue concerning the political situations in Germany and Egypt. The workshop did contribute to enhancing their cultural sensitivity and competence and helped each participant to understand their specific challenges: discovering new ways to discuss actual situations and finding potential solutions for them.

The idea of the project derived from the commitment of the young adults of the Arab world who are supporting the political cataclysms in their countries during the past two years. Enthusiasm and Idealism are two of the main forces of their commitment – experience in the field of political communication and problem solving, on building up civil society work and awareness of the importance of democratic principles are the long-term challenges which they are recently facing. The “Yalla yalla” training regards attentive and deliberate communication as a key technology of the 21st century and consequently included the communication tool “Spiral dynamics” as well as the 4 quadrant model by Ken Wilber and its practical use in real political fields. 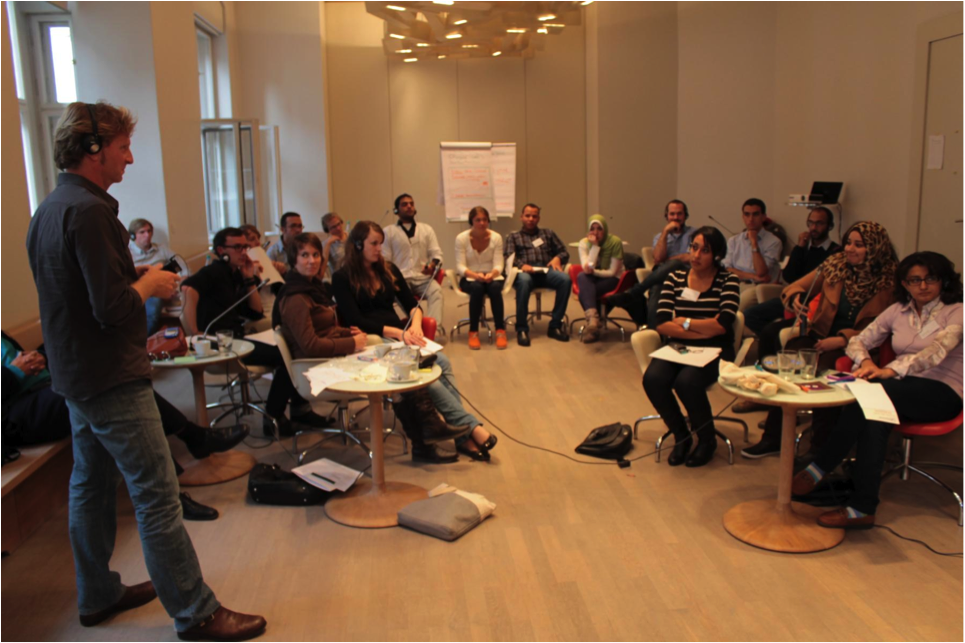 Fig. 2: With Trainer Eric Poettschacher in the Humbolt-Viadrina School of Governance in October 2012

Background and Development of the Yalla Yalla Project

The first impulse in favor of the project came from Katharina Petrisson, consultant at the Federal Foreign Office at the department for culture and communication. In a first meeting with Matthias Ruff the main ideas of the project came alive. In a process of co-creation with Eric Poettschacher and the project team leaders Anna Haupt and Susann Heida of the HUMBOLDT-VIADRINA, School of Governance, the concept and the implementation of the project were developed. The central location of the HUMBOLDT-VIADRINA School of Governance in downtown Berlin, next to the Brandenburger Tor and the Bundestag, offered an ideal platform for this innovative project to take place.

The HUMBOLDT-VIADRINA School of Governance’s activities refer to their foundation:

We conduct applied research and offer a practically oriented Master of Public Policy degree. With our political platform, we aim to merge the experience and specialist knowledge accumulated within the public and private sectors, civil society, academia and media, who collectively address the challenges posed by society today. We are an academic professional School, and also an independent and critical actor, who contributes, becomes involved and, ultimately, effects change. We will measure actions against actual outcomes, not only relying upon abstract, theoretical standards.

The project management was led by Anna Haupt and supported by Susann Heida. The content of the project process was under the responsibility of Matthias Ruff and Eric Poettschacher.

Focus and Goal of the Yalla Yalla Project

The main objective of the Yalla Yalla Project is to strengthen the political communication skills and developing the potentials of young, committed adults in the socio-political field in Egypt and Germany. A big focus was set on the methodical work on concrete projects and questions of the participants in order for them to gain a sustainable benefit for their political activities. Central questions were: How can your political work and communication in your field improve concretely? How can the participants support each other so that their projects can deepen, develop and unfold to have an optimal impact? The questionnaire of the project showed that the participants had three main requests. This led to the following workshop design:

1. There was plenty of time and space during the workshops in Berlin and Cairo to discuss the development of the concrete work the participants were doing.

2.  In addition there was the possibility to generate new and common ideas. Through the different explanatory models, new perspectives on the different projects were depicted to show and unfold their effectiveness.

3. Due to the strong interest of the participants to better understand cultural differences and real life aspects from Egypt and Germany, the trainers used the so-called “Cultural Map” in order to broaden their viewpoints and deepen the understanding process between both cultures.

4. It was very important to the impulse generators of this project that the participants had the chance to exchange ideas, build up relations and new networks which they can use sustainably.

While the Berlin week focused on the theoretical background such as the understanding of Spiral Dyamics and the four Quadrants, the Cairo Workshop was about taking the newly gained knowledge into practice. Through an Open Space Café at the end of the Berlin Workshop four fields of interest were identified and small groups of five people came together to find an organization within particular fields (youth education, minorities, sustainability, integral politics, religion and politics). Egyptian organizations working in corresponding fields were approached by the participants and visited during the Cairo workshop twice. One day should give the groups the opportunity to analyze and get to know the organization, whereas the second day should contribute in a precise way to the organizations work: If the organization would agree, the groups were implementing an intervention based on the methodology of  Spiral Dynamics and integral theory. Below I would like to describe one of those “field trips” within the “integral politics” team. 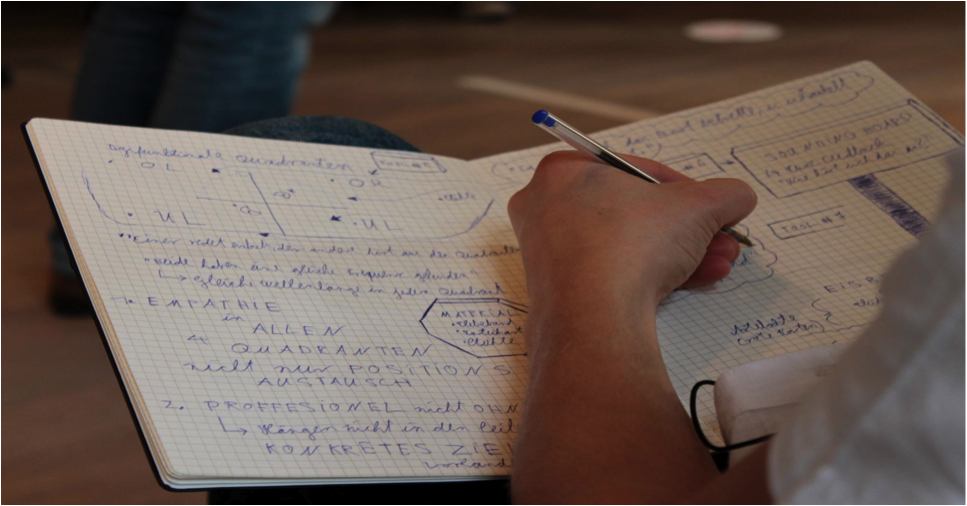 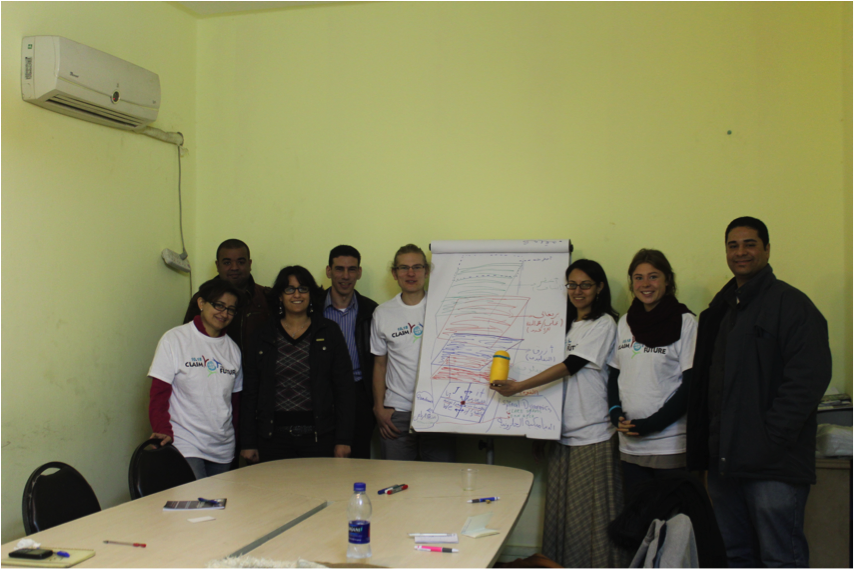 Fig. 4: The Small Group “Integral Politics” and Members form the EDA after a Successful “Intervention Workshop”

Our group consisting of five people (3 young Egyptian woman, 1 young woman from Germany and myself) was visiting the Egyptian Democratic Academy on January 13th and had a group dialogue on the history and the work of EDA. After the general explanation we interviewed employees within EDA, including the CEO. The Four Quadrant Model was used to cover different perspectives on the people, culture and organizational aspect of EDA. In the center you can imagine the EDA as a social organism/entity within the broader context of the Egyptian society. 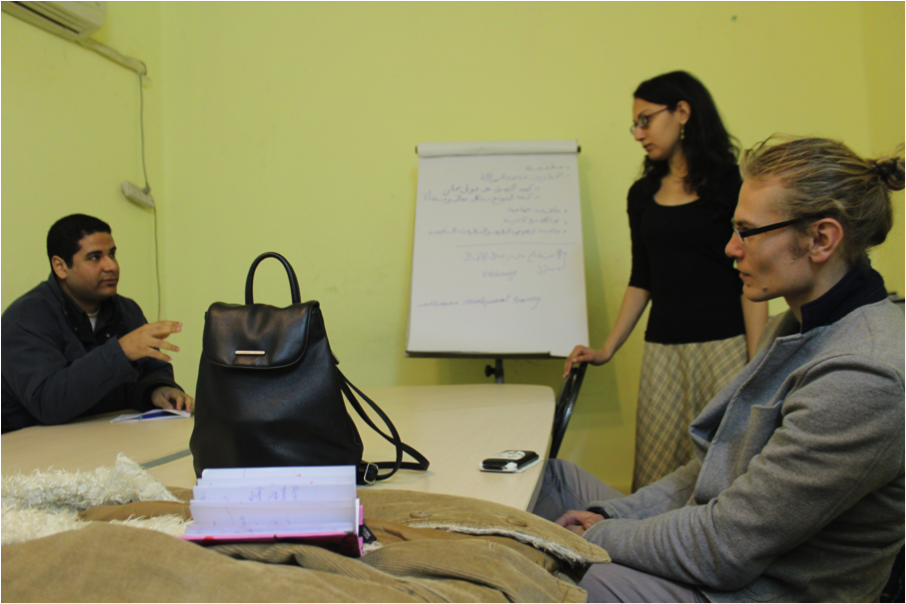 Embracing all political ideologies within a broader understanding of democracy

“When I see a positive outcome, that makes me feel good.”  It – Work and outputs of EDA

“Our aim is a candidate that understands and performs good governance.” We – The broader cultural context that to which the EDA is bound

Strong international support and community and interest for awareness raising of democratic values and the social relevance of human rights (Germany, Denmark, Spain)

“We were a small committed group of friends and activist that started EDA. That was the reason that the old regime was not able to brake us.”  Its – Systems and Institutions embedding EDA

Well organized and transparent bureaucratic standards within a hostile environment

Systemic perspective on political and civil society within Egypt

“Its not about convincing people, its about letting them know what they following.”

The main challenges that came up during the visit were formulated into questions:

Those questions were presented on the Intervention Day. For us it was important not to give them solutions or to do the work for them. The participants of the meeting agreed on the first question and identified it as the main challenge. Our intervention was a simulation through a constellation work of a worst-case scenario representing the EDA in interaction with Egyptian companies and the influence of foreign funding:

At the end of the “Worst Case“ the EDA runs out of foreign funding and cannot get Egyptian businesses involved to support and understand the important role of EDA’s work. The emotional impact as well as the different perspectives of the EDA members through the carefully facilitated role play had the desired outcome: Life conditions were challenged and a certain existential threat helped form a new mindset to emerge within a constructive dialogue process. Through specific questions and the focus on how to shift the Worst Case into a Best Case solution a productive vision and next steps for the future development of EDA were shaped: 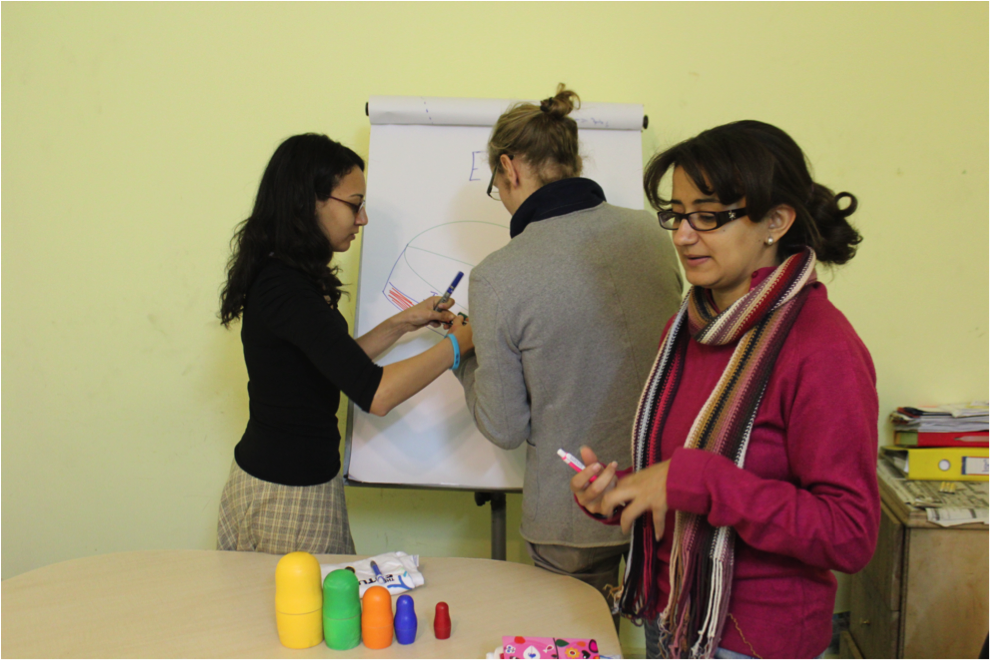 Future Possibilities within the Project

The group’s potential – which was already proven during the time in Berlin – began to completely unfold in Cairo and continues to do so ever since. The fruitful and controversial discussions incited by the workshop led to the question: Which is the next step to take? This was also discussed through Facebook and an etherpad website. A brief concept of how this workshop could be taken to the next level is outlined at the end of this article. One next step would be to broaden the projects impact by introducing a newly selected group to the concept of Spiral Dynamics in the context of a new workshop similar to the one we participated in. Participants from the first project could not only assist the new group in its learning and experience progress, but also spend time exploring the respective countries’ political and cultural landscape. Through this the first year group’s knowledge of SDi would be enhanced, while the participants of the second year would be simultaneously trained and peer mentored. At the same time the interdisciplinary terminology of SDi, as well as the mutual trust that has developed among the participants in the first course of the workshop, allows the participants to jointly approach politically sensitive topics, for instance the Middle East conflict, as well as issues of human rights. This multi-perspective approach could effectively allow them to address a topic whose successful apprehension will be crucial for future generations: Which values are shared beyond cultural divides? Last but not least, the continuation of the workshop may involve the implementation of practical civil society projects in Egypt and Germany. This is particularly true as most participants are already actively engaged in their respective civil society and already have applied SDI in their respective organizations during and after the workshop. By stressing the workshop’s outreach to Egyptian/German civil society, the project’s impact can be enhanced, thus creating a true transformation partnership.

This way, the Yalla Yalla project could eventually mark a beginning for something more beneficial and sustainable, using the potential of the youth and thereby creating the circumstances for the development of a true transformation partnership. This way, it will not only be another workshop coming to an end with an uneven chance of personal success for each participant, but it will truly be a project that could incorporate far more parties that could multiply it’s impact. 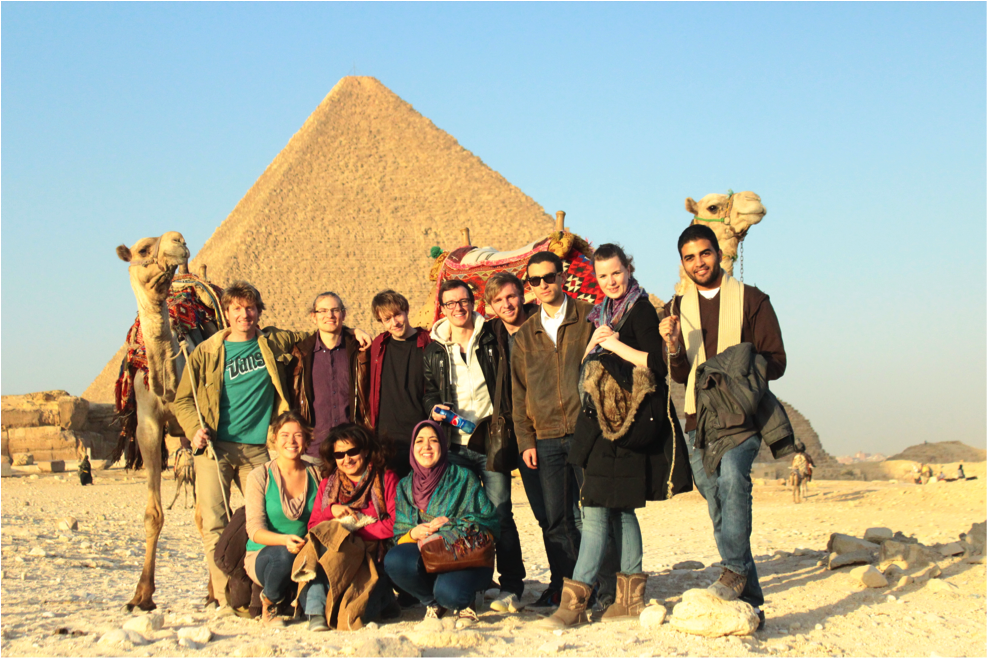 Fig. 8: Trainer Eric Poettschacher (left) and a Few Participants after the Workshop Visiting the Pyramids

Anna-Charlotte Lipp (21) is studying anthropology and archeology at the Humboldt-University of Berlin. After graduating in 2010, she was working as an archival intern at the Leo-Baeck-institute in New York. During the past year she followed the training “integral spirituality” provided by the integral forum of Berlin and lead by Matthias Ruff and Michael Habecker. Focus points of her current work are Postcolonial studies, contemporary socio-political practices of rememberance and identity shaping and material culture of the ancient world. Besides her studies she seeks to learn the Arabic language at present.

Evronia Azer (25) lives in Alexandria is a Software Engineer and is doing her postgraduate studies in business administration. She is well known for her role within the egyptian Feminist movement and is also a human rights activist and blogger www.evronia.com.

Adrian Wagner (27) is a Social Worker and participant of the Yalla training. He was trained by Dr. Don Beck in the SDI model level I  & II. He works as a freelance journalist for various magazines in Germany and is a (youth) leadership trainer for Caritas Freiburg and the Red Cross. He is currently also cofounding the EntwicklungsLab Freiburg and works in cooperation with the eco-social GLS Bank Freiburg on a project for Student how ones Lifepath can be lived in accordance withones own values.