At once it struck me, what quality went to form a Man of Achievement, especially in literature, and which Shakespeare possessed so enormously–I mean Negative Capability, that is when man is capable of being in uncertainties. Mysteries, doubts, without any irritable reaching after fact and reason. (Keats) 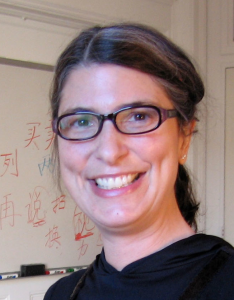 Often described as the fusion of art and science, design is now publicly poised at the center of the STEM to STEAM debate. Co-sponsored by Democratic Congresswoman Suzanne Bonamici of Oregon and Republican Congressman Aaron Schock of Illinois, the bipartisan U.S. Congressional STEAM Caucus endeavors to explicitly embed art and design within and alongside science, technology, engineering, and math in K-20 curricula in hopes of returning the original promise of the liberal arts to US public education. The initiative offers an extraordinary opportunity to demonstrate how the divergent thinking associated with the creative arts can contribute to mutual expansion of the potential of science, technology, arts and humanities. The STEAM Caucus advocates for stimulation of the whole brain as essential for the participatory learning, engagement and innovation that the future demands.

This appeal for conscious engagement of art and science in service of addressing our educational and fiscal crises has been led by the Rhode Island School of Design, in the person of President John Maeda, progressive designer and advocate of innovation for social good. Maeda sees art and design as invigorating STEM education, enabling ”right brain innovation” (Maeda) and ultimately, global competitiveness.

The value of art and design to innovation is clear: Artists and designers humanize technology, making it understandable and capable of bringing about societal change. The tools and methods of a studio-based education offer new models for creative problem solving, flexible thinking and risk-taking that are needed in today’s complex and dynamic world. (Maeda) 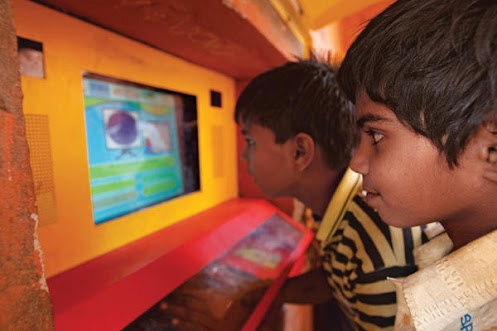 Although a nationally mandated shift in educational policy would appear to give arts and culture a long-awaited seat at the table of educational power, reaction to the caucus has been mixed. The public rhetoric of STEAM education as capable of buttressing the U.S. economy in an increasingly competitive globalized market context may resonate with mainstream Moderns, but among Postmoderns the linking of STEAM with global competitiveness has been met with suspicion. Old culture wars schisms have been reopened, along with fears that the arts will be pawns in a new wave of US nationalism that could reduce the arts to tools with which to exacerbate oppressive global inequities. Motivated by deep concern for the welfare of all humanity and with the intention to safeguard the principles of restorative justice, the resistance seeks to maintain distance from global capitalism. Enemy finding, in the form of the neo-liberal other, tragically keeps reductionism alive, ultimately doing violence to the self-sense of the creative agent him or herself.

If art and science split the baby, can STEAM perform surgery? Or will these old school epistemological categories be maintained through continued self-depiction of the artist as a marginalized outsider having no formal role to play in the societal narrative? The structure and agency dialectic results in seemingly binary polarities: conformity or rebellion, agency or communion. Ironically this poverty of options for creative performativity demonstrates the degree to which the artistic imaginary has atrophied, producing hesitancy to joyously engage, to participate, to belong to the world and to make a real difference.

Arguing that the kind of critical thinking/making practiced in the arts is a primary modality of intergenerational altruism enacted through emergent collective creativity, James Haywood Rolling Jr., Chair of Education at Syracuse University writes

. . . art making and related design practices are metacognitive skills. They create metaphors of what our minds are doing at any given time–not just individual minds, but the collective mind of any given sociocultural swarm to which we are attached. If deemed advantageous, even the revelation of one neighboring yet divergent point of view or value is enough to alter the direction of an entire swarm. (Rolling)

Brazilian economic and social theorist Roberto Mangabeira Unger defined negative capability as that which empowers us to overcome institutional and societal limitations through the realization that programs can be configured otherwise. This requires stepping out of typology and into the unknown–the scary places that creatives know so intimately. Cultural creatives are not immune to the spectrum of tendencies identified by Unger as ”rationalizing, humanizing, and escapist”(Unger). The rationalizing and escapist poles of this spectrum–accepting the existing social order as a fixed if problematic condition of things, occupying contested territory or resigned to greater or lesser degrees of escape from structuring conditions. Coming from a deep sense of caring for universal human dignity and rights, this rationalizing impulse rests on an assumption that capitalism is a static and oppressive reality that must be resisted at any cost.

Designers often fall into Unger’s third group, the humanizing group, largely resigned to making the best of a flawed built environment by softening the rough edges through incremental, human-centered and palliative forms of design. Itself a product of the modern era, contemporary industrial design can, vexingly, pose its own kind of danger–being part of the problem by satisficing, unwittingly reproducing the mediocre and malevolent, following the secure path of the profession, rather than leading disruptive social design-driven changes.

Roberto Unger advanced his thesis that all three positions: the rationalizing, the humanizing, and the escapist, are insufficient as substitutes for what he called Empowered Democracy–transformations of self and society having revolutionary potential. Without risk, there is no opportunity. Artists, designers, scientists and entrepreneurs are all trained to seek, if not crave, that risky state of uncertainty, which feels a bit dangerous to human beings yet is also the source of our greatest insights and creative breakthroughs. (Peirce)

Art and design are dangerous to the status quo and critically so. In versioning culture, artists and designers put infinite creative and disruptive models into play ranging from the malevolent to the superfluous. Our Promethean creativity demonstrates the mutable plasticity of the world. Literary theorist Timothy Morton describes the built world as an artifact of human designing, reminding us that the aesthetic is the past rendered solid in form while essence is futural. Our epistemologies shape our practices, thus our designed world is shaped by and in turn shapes us. Our designed artifacts and environments inscriptively teach us how to be human and how to relate to matter and to life. Design is therefore as dangerous as we are (Smith). This is the challenge inherent in designing.

Although the design professions have been instrumental in the delivery and promotion of hedonic lifestyles that place our species in peril, paradoxically human innovation and design also represent the ecstatic flowering of creative brilliance of homo faber. Because design for crisis intervention often brings us face to face with the Other, another being who suffers and dies as we do, there is a distinctly post-cynical mood gaining traction across the design professions today, characterized by a refusal to accept binary oppositions between doing good and doing well. This reveals normative framings of cultural enemies as timeworn aesthetic remnants of our inner culture war. The ability to transcend the dogmatic and break through to new creative roles is the way of empowered democratic creativity.

Integration of the abductive, non-linear approaches of the arts with the deductive method of science and the inductive approaches common to the social sciences may afford a comprehensive toolkit for pattern recognition and pattern remediation within complex adaptive systems with wide applicability in cutting edge precautionary and reparative innovation. Designers and artists are trained to do and to make. But often what is called for is purposeful unmaking and undesigning. As designing has come to encompass multivalent forms of public communication including graphic user interfaces, product platforms, strategies, processes, and services, anticipatory design has become an essential skill for creative individuals exercising precautionary foresight in consideration of our deepening understanding of the intended and unintended consequences of the systems we put into motion.

Empowered democratic creativity is needed to help society to collaborate in heretofore-unimaginable ways in the making, unmaking and remaking of the world. Because culture is a carrier for emergent societal memes, the arts are needed to help society to make the necessary shifts of scale in fiscal, policy, technology and other arenas to achieve new levels of generativity and inclusivity. The shift has much to do with comprehending the multiple systems which things, environments, and behaviors relationally comprise, impact and enact.

This is a vision of creativity that resembles what Unger has described as empowered democracy. His vision of social institutions as open, participatory and plastic is also an apt description for the methods of creative arts and design, which are never politically neutral and require moment-to-moment engagement and compassionate attention, not to what the design is, but what the design does and undoes.

Lisa Norton, Professor at the School of the Art Institute of Chicago since 1992, teaches, consults and facilitates design thinking, whole systems design and change by design. Courses include Sophomore Seminar: Designerly Ways of Knowing; DESIGN DENIED: The Dynamics of Withholding Good Design and its Ethical Implications; Global Reset; and Design Advocacy. Professionally, she consults on re-directive design education.