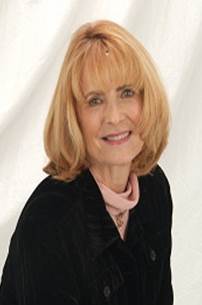 More than 2000 years ago, Plutarch records that when Demosthenes, the most famous orator of ancient Greece, first addressed the people that he was afflicted by “weakness in his voice, a perplexed and indistinct utterance and a shortness of breath . . .so that in the end, being quite disheartened, he forsook the assembly” (Dickens, 1974, p. 27).   Cicero, the most famous of the ancient Roman orators, confessed through the words of Crassus: “Assuredly, just as I generally perceive it to happen to yourselves, so I very often prove it in my own experience that I turn pale at the outset of every speech and quake in every limb and in all my soul” (Dickens, 1974, p. 27).

In original research reported in her 1978 dissertation at The Ohio State University, Bonnie Ellis, Ph.D. described the effectiveness of her Awareness and Control Method to help individuals overcome speech anxiety, also known as stage fright, fear, or nonverbal signs of nervousness. The purpose of her study was to determine if a significant difference in audience-perceived and cognitively-experienced speech anxiety existed between two groups: speech communication students presented with specific techniques to recognize and control their nonverbal signs of speech anxiety and speech communication students not presented with the techniques. The results of her study indicated that the new method was the major indicator and very effective.

Since that time, Ellis has trained thousands of individuals to help them overcome the fear of public speaking. The following are coaching tips that can be used by those who must face any speaking situations, even the virtual presentation environments of the 21st century.

Many years ago Ellis’ favorite high school speech teacher told her that there was no reason to be nervous because “only you know what you are going to say, so only you know if you make a mistake.” While that statement “sounded good,” even then Ellis knew something was missing.

Several years later, while sitting in a class on nonverbal communication, the light bulb went off. Ellis could tell when people were nervous and when they made a mistake. It’s easy. According to Ellis, we watch people all the time. We take our clues about what they think about us and what we are saying by watching the nonverbal. While people control what they say–they tell us what they want us to know or what they think we want to hear–they don’t control nonverbal.   For example–what if your significant other says, “I’m not mad, you always try to tell me I’m mad when I’m not.” You look at your significant other and can see the nonverbal signs (including the tone of voice) that tell you that he/she is mad. What do you believe? Do you believe the words you hear or what you see? Chances are you believe the nonverbal–what you see. Some people say they have a “gut feeling.” It’s really the nonverbal–you see it. While we watch people all the time, we don’t pay attention to what we show them. Have you even had anyone say to you, “What’s wrong–are you having a bad day?” You didn’t say anything, how would someone know? It’s the nonverbal.

So what does all this mean? Most people report that the “fear of public speaking” comes from the fear they will make a mistake and look foolish. They also report a feeling of being “out of control.” They mention that they don’t want the audience to know that they are nervous.

Ellis has found that there are only two ways to let an audience know that you are nervous. First, you verbally tell them: “I hate to make speeches.” “Bear with me, I’m not very good at this.” “I didn’t have time to prepare.” The second is that you nonverbally show them. The following are the signs of nervousness that are most typical:

Second, you arrange to have a 2-minute presentation captured on video. Be sure that you are standing when you do the video, and be sure the entire body is visible. Next, review the video and make a list of your signs of nervousness. (This is how become aware of what you show others.) Think about what you show others in your day-to-day conversations.   Keep in mind that your goal is to eliminate the signs of nervousness. Video is the best way to keep track of your progress since you are your own best critic.

Ellis offers some suggestions. If you are the speaker for an event or meeting, you need to be aware that you are “on stage” from the time you walk in the door. Adrenalin is the cause of feeling out of control. It causes the “flight or fight” feeling that speakers associate with speech anxiety. To counteract that feeling you can do several things to slow yourself down and expend some of the pent-up energy that causes the flight or fight feeling:

1. Neutral position – check to see that you are standing with your weight placed equally on both feet with your hands to your side.

2. Look at the audience.

3. Look at your notes to review your opening statement.

5. Look directly at one member of the audience and then give your opening statement. (This will help you to speak slowly and conversationally.)

Here are some additional points to remember while you are speaking:

Speaking slowly–conversationally–will give you the opportunity to pause, look at your notes, and continue. Move your eyes to another member of the audience after you complete each thought.

If you are not locked in to the podium, you will eventually start using your hands for gestures. Let them come naturally.

As you feel more comfortable, and when you have a point to make, step out toward the audience. Don’t pace, make your movements meaningful. Remember to stand still when you are making your point. Unnecessary movement can distract from the message.

If you want the audience to listen to a special point, pause and say it in a softer voice. It’s all in the timing–just like being a comedian.

What if you make a mistake–you say something that is incorrect. If it is substantive you say, “That was $1,000,000 not $1,000.” What if you forget something back at your seat–way far away from the podium? Ellis recounts from personal experience: I walked back to my seat, continued talking to the audience, picked up what I had forgotten, and walked back up to the front. I didn’t show the audience that it bothered me, and so, they weren’t concerned. What if you drop a pen? You pick it up. Act natural. And, it doesn’t matter if you feel nervous inside. Remember, if you don’t let the audience know that you are nervous by telling them or showing them, you remain in control. It is amazing; it works!

Ellis provides one more story. One week in 1985 was extremely stressful for me. I moved my office from one location to another, I moved from my home to a condominium, and my father died. I gave the eulogy at my father’s funeral. The next day I had to be in Cleveland for a 9:00 a.m. meeting and in Columbus for a 1:00 p.m. meeting. I left Fostoria, Ohio, at 6:30 a.m. heading for Cleveland. After the 9:00 a.m. meeting, I was on the road to Columbus to meet with a group of attorneys to make a presentation. I hadn’t had anything to eat, so I drove through McDonalds and ordered coffee. I made it to the meeting and started my presentation. As I started my presentation, the walls felt like they were closing in, my heart was pounding, and I thought I was dying. As I continued talking, all of a sudden I thought, “If I die, I’m not going to have a problem—these attorneys are going to have a problem.” Somehow, I made it through. I don’t remember what I said. I made to my car, sat there for a few minutes, and I drove to my doctor’s office. (I had never done anything like that before.) The receptionist asked me what the problem was, and I told her. The doctor saw me and asked me, “What’s been going on?” I told him about my week. He said that even though I thought I was handling everything, my body rebelled against the stress. Of course, the worst thing that I did was not eat but just drink coffee. The last thing that you need is caffeine to stimulate more adrenalin production.   The next day, I got a call from the attorney’s office and was given the contract. I asked the person who called (a personal acquaintance) if I acted okay the previous day. She said, “Yes.” I can only believe that because I knew how to control my signs of nervousness that I must have been operating on auto pilot through an anxiety attack.

Are you interested in having the author of this coaching tip provide you with feedback on your public speaking? If so, please record a 2-minute presentation on a topic of your choice, upload it to YouTube or Screencast, and then forward the link to Bonnie Ellis at bonniemellis@gmail.com. The author will respond to you with an evaluation of your strengths as well as opportunities for improvement.

Matthews, B. (1978) The recognition and control of nonverbal signs of speech anxiety in communication. (Doctoral dissertation, The Ohio State University).

Bonnie Ellis is a graduate of The Ohio State University (OSU) and holds a doctorate in education, communication, curriculum and supervision.  While at OSU, she developed her Awareness and Control Method to help individuals conquer speech anxiety, and she has trained more than 10,000 individuals to use this method successfully.

Ellis is passionate about education.  Even while serving 28 years as president of a corporation, she always remained an educator at heart, working as an adjunct professor for several universities in Ohio and Michigan.  In 2010, she moved into academics full-time as the Director of Academic Affairs for the Detroit Campus of the University of Phoenix.