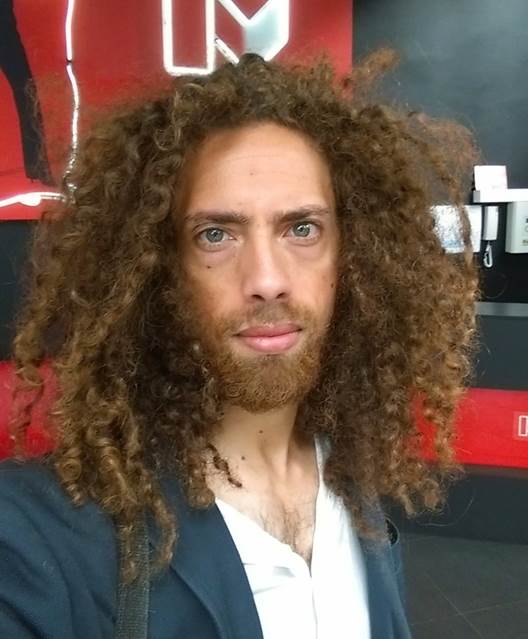 Over the weekend of September 12th to 14th, I attended an Alethic Living retreat run by Gary Hawke. This is the third year I have attend a weekend retreat run by Gary, each year he offers a deeper exploration of how a metatheory that links Wilber, Bhaskar, Laske, and Levinas can help expanded the connection to our pulse of freedom.

For me the thread of Gary’s Alethic Living – Connecting to your Pulse of Freedom culminated in the difference between seeing and reading.

Gary took us through exercises that connect to Bhaskar’s MELD scheme through Dialectical Critical Realism’s components of action, each set of exercises highlighting one aspect of MELD 1M – Calling, 2E – Un-thought, 3L – Emotions, 4D – Transformative. To support the grounding of the weekend Gary extended MELD to include The Philosophy of metaReality’s re-enchantment of the world as non-dual.

During the retreat, the group challenge was to move from the contradiction of the dualistic world, to the constellation of the world of duality, and finally to open to the power of the alethic truth of the world under laboured by the non-dual.

To support the work Gary linked MELD to the four main aspects of Integral Life Practice and Laske’s Dialectical Thought Forms. This gave a working structure of:

The use of dramatic exercises created the opportunity to “see” or “read” our experience; to see is to move into a space where without a causal inference being made, an entity is perceived.

The gestalt of the encounter with the other becomes clear when a false value judgment does not influence the perceiving state.

Therefore, seeing has then a perception as a type of aesthetic. It has a quality, a form, and a feeling that we connect to in ourselves but that we also see emanating from the other. It would be unfair to say that in that instance we are just seeing ourselves. I do believe we are also “seeing” the other or an ontological truth that is in all practical terms the same thing as an encounter with the other.

This is very different from reading an object or entity. To hold the judgmental rationality that someone is sad because they tell a sad story or they look sad while interacting with others is by definition reading into that person.

You are reading an interaction as a story and checking the meaning with that of your own historical record of happiness or sadness; we all have stories, and we can read these stories, creating a story connection. However, sometimes we may read the stories as true whilst at other times we might find our story connection providing a false truth.

We can feel sadness by connecting to the story but we can never really reveal the mechanisms that allow our story to live. Gary explained, that at times we are called by the other to detach the referent from the story and realise that it is only through being with the non-identity of self do we recognise that as a becoming we are not static. That the truth claims of the story we make today may not be the truth claim we make tomorrow.

In this way I discovered that we all walk with a mask that is easily read as a story thus giving the appearance that we are self determining, the mask allowing for a set of causal interactions that we can predict and ready ourselves for.

One exercise that allowed for the dropping of the mask was the 2E (un-thought) process of spontaneous movement. Rather then directly moving the body through rhythmical movement, we were encouraged to open up to a constellational duality of body and emotion, finding a place for expression, this led to a transcendental identification as the mind, body, and emotion found free express through the removal of the embodied personality demi-real enacted masks that we create for ourselves.

As I moved through the weekend, I began to awaken to the realisation that we have assumed something about ourselves and about the other in our interaction. I would say that in reading our lives this way we forsake the true nature of the other, and reduce them to a character in our life story, in which we never allow the other to be fully revealed to us as identify over difference.

To us and thus because we never truly see the other we are never really revealed to ourselves. We become nothing more than a story, safe, predictable, and fixed. We find in the clearing only an ending not an on going becoming.

With the revelation as invitation that Gary offered the group, we entered into a space of seeing; and it becomes very clear that the story is in fact just a story, in this way; we view each other as works of art.

Sometimes in art, there is an encounter with the other and we resonate with the mechanisms that underlabour for the entire gestalt of that painting/object.

We can also read the painting and notice things that allow us to deduce meaning. We can see a story that might connect us to our own story or it might reveal a story about the artist or the period but we can never really feel this as truth we can only elicit truth from it.

In reading things, this way we can never really know truth we can only get an idea of what truth might be.

With story and art, I believe we receive the chance to encounter the other both in ourselves as a shared we space subjectivity.

It was through the weaving of story telling, movement, and embodied art that Gary offered during the weekend that I realise that story telling and art can allow emergence to take place, and sometimes the revelation of emergence can show us that the other actually exits. In shared imaginary story, there can be moments of felt presence with the other.

Through the intimacy and vulnerability of a shared imagination free of the dualistic constrains we momentarily dropped our own mask and in recognising the other moved towards a constellation of dualism, which lead the group to open to the unknown, as a re-enchanted non-dual reality.

Gary’s invitation for two or more to enter into the explorative space as an emerging archetypal territory, offered the possibility for intimacy to be felt, and perhaps we were allowed to be present to the revealing of the person behind the working model.

In this way, we have the opportunity of an “explanatory critique” interpretation of our historical record and see our friends and ourselves with newness, uniqueness, as interconnect, flowing, evolving human beings.

A powerful 3L of emotions exercise was the connection to candles that represented the 4 basic emotions. This brought forth a powerful connection to the other in my being and this was shown to me as abstract imagery that emanated from my imagination but also as a physiologically response. The temptation is to “read” into this imagery but I believe that reduces it to a possible rather than a known.

My overall perception is that it’s the artist and visionaries job to find ways of coming into contact with the other and if possible to land in that territory and explore the culture the more alien the territory the more authenticity we can bring to our encounter with it.

By drawing and expressing our journey, we can enter into moments where the dualism between self and other is broken and we discover lucidity. We are giving expression to the other and though this expression we discover our self.

It was during the final 4D – Transformative stage of the retreat that the use of a partner led active imagination exercise in which we lead each other to meet the guardian of our freedom, did expression of being with the other and for the other become of profound importance for the embodiment of the pulse of freedom.

The self and other do not necessarily break down but they interact in a space that happens to be you.

My interpretation is that once something has been “seen” it allows us to re-read and reinterpret our historical record. We can then ask is something that was fact in my story a false truth or an alethic truth. A truth claim revealed as we explore the ontological mechanism that labourers for our story.

In these moments of insight, we have the chance of moving into a more authentic story if we choose to act on those revelations. In the end through the retreat I realised that what I know or my epistemology is thus always at the service of the ontological mechanisms under labouring for my freedom.

Donald Clark is a software developer and conceptual consultant for the entertainment and technology industry. He has a deep interest in integral theory and interior development and have been exploring critical realism as realised by Roy Bhasker for a few years now.