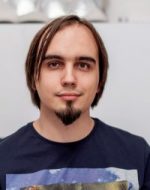 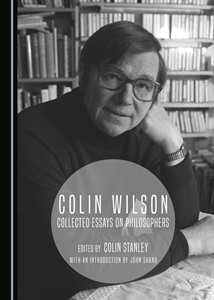 Man is alienated from the consciousness of his own power, and this alienation makes him sick, which perpetuates his will to sickness; and exercising intentionality is a way to overcome the doomed state that Man finds himself in—due to that inherited or imprinted alienation—and reconnect with the powerful vital force and meaning perception. We’re not necessarily given to the world in a way we are accustomed to think, perpetuating our vision of ourselves as some thrown-into-existence beings, wandering aimlessly in a world of contingencies and absurdity and random chance mutations of everything that’s fluctuating in ways that are empty and devoid of meaning; we, the humans, are potentially willfully ex-isting ourselves into meaningfulness of being and co-creativity of presence—ex-isting ourselves moment by moment and bringing forth ourselves into the world—and this is where we can find the dignity of living and the extraordinary health of power consciousness.

This would be my brief—and somewhat modified by my own sentiments and understandings of Integral post-metaphysics (Wilber, 2007)—summary of Colin Wilson’s new existentialism (Wilson, 2016), the optimistic phenomenology of existing in the world, which relies so heavily on our responsibility for the status of our own awareness. We’re responsible, to a great extent, for how we see and feel the world. To me the word new in the phrase “new existentialism” designates not just some chronological order (which indicates that Wilson was able to objectify and criticize the works of primary existentialists, such as Sartre and Camus), but rather the sense of freshness and novelty that arises in awareness once the actual meaning of his philosophical statement is grasped.

Whenever I find myself in a series of phenomenal states of disenchantment, tiredness, and existential angst, I often turn to Colin Wilson’s works for a cure, and the energy of his writing raises me from the dead. His writing reminds us, the readers, of a way to consciously produce or, rather, co-enact meaning. Wilson speaks of meaning perception, not meaning production, simply because meaning is not merely a construction, it is a co-enactment of reality. Meaningfulness means to see life more objectively, to see the reality from “a bird’s eye view” rather than “a worm’s eye view,” to disentangle oneself from the sequentiality of immediate perception (and our robotic attitudes toward it) and activate our meaning perception, the capacity to disclose and involve ourselves with the more objective truth of meaningful existence.

Colin Wilson intuits there is meaning in the universe, and we can connect with it, if we maintain a basic psychohygiene of our everyday consciousness. Our ordinary consciousness, due to the lack of our attending to it and taking it for granted, tends to turn into a source of triviality, and then boredom, which mutates into existential angst. Too often our consciousness is devitalized and fatigued, and we tend to take this fatigue of consciousness (that senses nausea and meaninglessness in everything, as in the pessimistic existential philosophy of Sartre and Camus) for a realistic vision of the universe, while it is no more objective than a perception of a musical symphony made by a very tired person. Tiredness of awareness, its obfuscations prevent our seeing the magnificence of existence—and acting upon it with conviction.

Perpetuating the tired and depressed mode of consciousness (too often, as Wilson points out, entrenched in a left-hemispheric conceptual analytical mode and too dissociated from a right-hemispheric nonconceptual perception), we tend to choose self-defeating ways of viewing the world and ourselves in it. This is something that Wilson strongly objects: his entire corpus of works is a systematic rebellion against self-defeatism in both world philosophy and world existence.

For Wilson, meaning perception is two-fold: first of all, it involves intentionality, that is directing our consciousness towards something, which in Wilsonian terms means putting conscious effort into energizing our awareness, which, in turn, starts to half-automatically peak experience, or envisioning, meaning in the universe with heightened intensity—that’s a bird’s eye view of life, the universe, and everything; second, it has this energetic or vital component, which can be called vibrational or subtle energetic. Basically, meaning is a phenomenon that is strongly interlinked with vitality or life force, which is why in other works Wilson puts so much attention into how attention focus and bioenergies are interrelated and correlated (including his speculative philosophical fiction books on the nature of psychic vampirism [Wilson, 1985]).

One may see that Colin Wilson’s work is perfectly compatible with the vast vision of Integral philosophy, articulated by Ken Wilber (Wilber, 2001, 2017a, 2017b), this prominent world philosopher, our contemporary. Integral vision in itself is the kind of bird’s eye view on reality that allows for dissolution of a disenchanted and disqualified universe and returning to meaning perception, reiterated and reenacted through numerous methods, including contemplative phenomenology (which is putting intentionality through discipline towards the aim of ultimate liberation and emancipation not just from being, but, in its nondual forms, as being).

This Integral vision can be helpful in offering a lofty view on numerous phenomena, including such a notion as meaning perception. We can apply its basic tool, the AQAL Framework (Wilber, 2001, 2007), towards this phenomenon.

Seen from a quadratic/quadrivia perspective of the AQAL Framework (Wilber, 2007), what Colin Wilson speaks of as meaning can be understood as an interiorly felt intensity of living, a subjective occasion that, in Wilson’s terms, comes close to being far more “objective”—which in Wilson’s language means closer to truth—than the depressed and deenergized self-defeating view (for the latter is rather a subjectivistic conditioned aberration of awareness, rather than its intrinsic natural state). Simply stated, it is a vision of the world full of meaning and life intensity. An exterior correlate of the intensity of awareness and meaning perception would be a particular quality of bioenergetic vitality and dynamism of the psychophysiological human organism (including such factors as brain and hormonal biochemistry, but not reducing everything only to them). When we’re optimistic, all our systems are up and running at a greater vitality, so the sense of meaningfulness and existential intensity dominates our awareness and world perception, significantly enhancing our faculties and the sophistication of our vision.

There is a larger environmental context at play which could influence our meaning perception (and meaning making) in significant ways, either towards optimism and vitality or towards pessimism and depression. The way our cultural and ecological environment is complexly structured forms an intersubjective and interobjective background (or, rather, quite an active environment) that influences our beliefs regarding whether this kind of intensity of meaning is attainable or not. Cultural ignorance of the fact that we potentially have freedom to intentionally bring forth meaningfulness—coupled with a large-scale perpetuation of the self-defeating “meme” made fashionable—could form large-scale networks (reverberating echo-chambers, as Wilber would say) that exclude a bird’s eye view and resonate exclusively with a worm’s eye view and legitimize it as a universal given, taken for granted as “how things really, i.e. ontologically, are” (no, Wilson would object, they really aren’t).

Therefore, if due to numerous, possibly complicated reasons we’re invested in a philosophy of pessimism—which, as a contemporary psychologist or psychotherapist might point out, can be viewed as an attitude that develops in us primarily due to our attachment disturbances and object relations impairments (Brown, Elliott, 2016), imprinted very early in life under intersubjective and environmental pressures, which, in turn, are influenced by large-scale oscillations of events in the world (environmental, techno-economic, geopolitical, etc.) and even general evolutionary trends of the universe (Wilber, 2001)—we tend to resonate with others who are also hooked to this “needle,” so to say, this sense of deficiency, and we form an intersubjective hermeneutic circle of mutual resonance which perpetuates such disenchantment and vicious circle of pessimism.

Gradually as a culture we forget that we’re innately gifted with intentionality and will to healthy empowerment—or we even proactively deconstruct meaning, and value, and beauty, and truth in a kind of self-defeating and self-hurting manner which for some reasons could be considered fashionable in our environment—and substitute everything that is essential in life, say, for a flatland addiction to some external stimuli (such as sex, drugs, video games, co-dependent relationships, even defensive intellectualizations about objective world, etc.) in our search for vital release from the grips of our own nightmarish depressions.

So, of course, a proper constructive response to our massive losing of meaning in the world is never an individualistic affair, restricted only to subjectivity and personal intentionality alone. As Integral Theory comments, we are inherently beings-in-the-world and are partially products of our sociocultural and even evolutionary biological histories, archaeologies, and structures. But Colin Wilson’s view, in my opinion, presupposes that an optimistic human being is a proactive poet-activist of the universe that is full of meaning. And it is fundamentally in the nature of supreme human health to maintain basic trust in the ultimate goodness of both human and universal realities, and share this optimistic song with others.

It is difficult to live creatively in an environment of a gloomy world devoid of meaning, and so we need to exercise our will to supreme health collectively, and gradually build better, healthier, more integrated worldspaces, cultures, and societies at large.

Wilber, K. (2007), Integral Spirituality: A Startling New Role for Religion in the Modern and Postmodern World (Boston and London: Shambhala).

Wilber, K. (2017a), A Brief History of Everything (20th Anniversary Edition) (Boulder: Shambhala).

Wilber, K. (2017b), The Religion of Tomorrow: A Vision for the Future of the Great Traditions—More Inclusive, More Comprehensive, More Complete (Boulder: Shambhala).