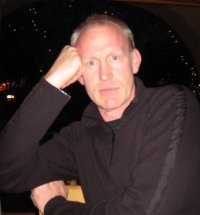 Mundy Viar is a PhD candidate in the Transformative Inquiry Department at the California Institute of Integral Studies in San Francisco.  He is engaging participatory action research toward a redesigning of elementary instrumental music education using an assets-based community development model.

Professionally, Mundy Viar is an educator and special administrator in the Mt. Diablo Unified School District, of Contra Costa County, California.  He has taught elementary general music and secondary instrumental music since 1999, and he had the privilege of serving as principal of the inaugural Mt. Diablo USD Summer Arts Academy.

Prior to his service in the public schools, Mundy Viar was a Program Director for the Blue Devils Performing Arts, an internationally revered youth organization dedicated to performance excellence, based in Concord, California.  During his time with the Blue Devils, the “B” Corps was reinvigorated and performed with renewed excitement, proficiency, and levels of success.  Under Mr. Viar’s guidance, BDB performed in the 1997 Drum Corps International World Championships in Orlando, Florida, and the 1998 World Band Festival in Kanagawa Prefecture Japan.

Mundy Viar earned a Master of Arts degree in Education (School Leadership) from the University of California, Berkeley, Principal Leadership Institute; and a Bachelor of Science degree from the School of Community and Public Affairs at Virginia Commonwealth University of Richmond, Virginia.

He can be contacted at mundyviar@gmail.com.