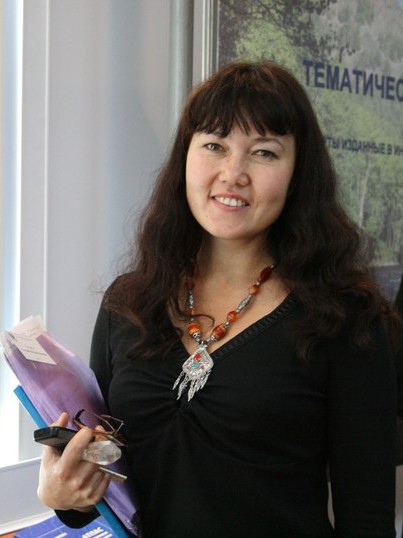 In this essay I want to discuss several specific questions that are important for me as a scholar-researcher who wants to continue applying the integral methodology in my own work.

The first question is related to the specificity of Siberia—a region which is non-homologous and full of contrasts in terms of its nature and culture—and its being a premise for efficiency of applying Integral Theory. One could draw inspiration from Russian polyculturality and, therefore, polyspatiality, where heterogeneous loci unite in one integrated living environment. The indivisibility of reality and its social construction could be looked at through the prism of the evolution of developmental levels. Since the Integral framework theorizes the development of an individual and a collective as an expansion of the Self’s boundaries, a reclamation or acquisition of interior reality (or depth) in the Left-Hand quadrants of the AQAL framework is correlated with a reclamation or acquisition of exterior surface (or territory) in the Right-Hand quadrants.

Siberia is a territory of continuous reclamation. Reclamation and acquisition of Siberia is an inclusion of an Other, where the “Self” of Russia has been expanding by including new lands and new peoples, new religions and new wisdom traditions. Right-Hand acquisition is, first and foremost, extensive. Left-Hand processes follow patterns of acculturation, values mixing, forming of mixed cultures and isles of ethnic distinctiveness. “Russia will grow through Siberia,” was what the Russian genius Mikhail Lomonosov said. The factual picture of this growth is well-studied by geographers, historians, and ethnologists; however, the nature of “expanded” boundaries is worth to be looked at from Integral perspectives. We talk here about a relationship of linguistic patterns of a specific culture to outward appearance and specificities of the wisdom, spirituality, and structure of intellectual reality assimilation brought forth by it—this is something that Susanne Cook-Greuter spoke of recently (Cook-Greuter, 2013). It is widely known that culture provides a general, internally subdivided “bank” of vocabulary, syntax, grammar, and metaphor about the world and patterns of thinking. Attitudes in relation to the world and other people and mythologies of identity are related to it.

Therefore, any imprint of a culture onto a particular space, its object-ness would inevitably include meaningful reflections of that who we are and how we understand the world’s functioning. Here, it is important that Integral Geography can study how precisely the spirit of culture becomes matter, in which forms-exemplars it gets molded, creating, sharing, uniting and layering the objects space. In the past century indigenous Siberian cultures experienced rapid “dissolution” of their languages. Population counts that happen in Russia regularly have been recording a steady decrease of the numbers of indigenous-languages hosts; Russian is spoken in most aboriginal families, and socialization of children happens in a Russian-speaking environment.

At the same time Siberian aboriginals—nomadic tundra reindeer breeders, hunters and fishers of taiga, cattle breeders of steppes and forest steppes—continue to maintain kin relationship with their home land. In most local communities land is still seen as animated, populated with spirits that require being revered. But the way of embodying the relationship with the home land is culture-specific in each instance. The number of language hosts is small, and people might know their indigenous language poorly, and still continue to follow their tradition and customs. These are hosts of worldviews, taboos, and even fears which are irrational from the perspective of a “civilized” man. D. Cosgrove (1998) suggested that landscape is not merely a visible world but a process of constructing such world. With “shallowing” of indigenous language hosts the respective landscape culture becomes “shallow,” too. But the land “picks up” the role of mediator: traditions of revering the land, the places to avoid or worship in, areas for hunting game, pasture lands, all of those establish an image of life which continues to live as long as there are people who are willing to share it. Landscape loses its thin shell with the extinction of hosts of the Ewenki language, the dialect/vernacular Russian language, the Tofalar language, the Selkup language, the Ket language, and other languages. You continue to live in an assimilated culture, and your culture as well as yourself create altogether different meanings, thoughts, images and embody new “patterns of life.”

The connection of the soul of language, human, and land can be considered almost mystical and inexplicable in terms of objective science. The tradition of science encourages distant observing and recording of “folklore material,” but when it is related to your own reality, and you can hear, see, and sense glimpses of your landscape as a Living Land, it becomes impossible to distance yourself. So landscape becomes a personally lived experience. Once those who remember leave us, their landscape turns into silence. In order to reanimate the landscape it is insufficient just to learn the language and start traditional crafts—one has to sincerely experience its depth through full immersion.

The Integral Framework, above all other frameworks, allows one to do this in a multiplicity of perspectives and contexts, without “dissecting and immobilizing,” but by saving and honoring the Spirit’s manifestations. This is why Siberia can be a very interesting region to apply the Integral methodology and make your own “geographical” contribution into its development.

The second issue is related to the theoretical legacy of the Russian geography. In geographical works, because of Soviet-period ideological restrictions, the topic of culture was barely present, while both nature and ecology were studied at such a profound depth and detail that there is almost no analogue to the paradigm of geosystems in the world science. The categories of invariants, natural modes, successions—changes of states, chorological and chronological variation of landscape—represent the processes of landscape’s functioning so fully that they are, in some sense, “paradigmatic” for a scientistic approach. Russian hard-science geographers almost always thinks systemically. S. V. Lurie (1997) characterizes cultural anthropologists of 1990’s in a similar fashion: the Russian researching scholar does not tend to statics; the world is full of dynamism and conflicts for him.

After the liquidation of restrictions cultural geography came back to life and rapidly gained popularity. It is mostly focused upon the Lower-Left quadrant: cultural images, identities, mythogeographies, and cognitive aspects of spatial studies. It is remarkable that it asserted its uniqueness through criticism (often valid) and negation (sometimes excessive) of scientistic approaches of the past. An introduction of the Integral Framework into the theory of geography could coordinate these two “autonomous wings,” rather than explain development of one wing via opposing it to the other. Geography as hard-and-soft science has the potential to be Integral, and geographic thinking in terms of evolutionary unfolding and AQAL-matrix is promising. The Russian geosystemic school could enrich science by entering the Right-Hand quadrants of the AQAL framework—not only in its usual “naturalistic” place, but also as a metaphor for systemic studies of culture and society.

As of now, Integral Geography Studies are only in the initial stages in Russia, and I hope that the prospects and potentials of this discipline would attract colleagues who aspire for non-trivial results. I want to express gratitude to Eugene Pustoshkin and Alexander Malakhov for their positive and thoughtful review of my book Cultural Landscape: An Integral Perspective in this Special Russia Issue.

Cook-Greuter, S., 2013. Assumptions versus assertions: Separating hypotheses from truth in the integral community. Journal of Integral Theory and Practice, 8 (3/4), p. 227.