Editor’s Note: Since the author took the advanced integral course, two sets of CDs have been released by Core Integral (https://www.coreintegral.com/) as they continue to offer these learning opportunities both through online courses and sets of CDs. These are featured in the images on either side of this note.  A third course in under development. We appreciate Michael Kruse Craig’s review from the perspective of someone who has had an interest in integral, developed his own practice, and returned to integral to discover more. 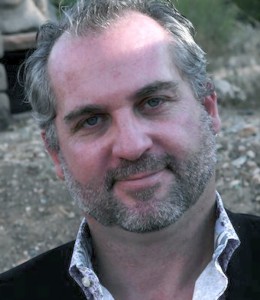 Part I: A Brief History

Before jumping into my review of Core Integral’s Advanced Integral course, it may be useful to get more of an idea of the context in which I took it. My first encounter with the philosophy of Ken Wilber was in reference to his book Sex, Ecology Spirituality: The Spirit of a New Evolution (SES). An excerpt was read during a seminar I attended in 2001 briefly exploring the distinctions from Plato of the Good, the True, and the Beautiful. I don’t recall exactly what was said, but it was enough to have me excitedly write down the name of the book. I picked up my own copy and began reading. It took three months for me to wade through that tome, marking my self-initiation into the integral worldview.

Internalizing this material is not a trivial exercise. I had the advantage of having studied English literature and criticism, and had already struggled with understanding some of the fields and thinkers referenced, such as Hermeneutics, Postmodernism and Deconstructionism, and Jacques Derrida and Michel Foucault. Additionally, and perhaps more importantly, the AQAL framework is a map, and I found that it spoke to my own direct insights into the nature of reality in a way that was far more clear than anything else I had encountered.

I attempted to augment my self-study by starting an Integral Salon in Tucson, which ran for about two years. Teaching the material to others was beneficial in improving my own understanding, but at a certain point I hit a wall. It seemed like the primary take-away activity of our study was the ability to analyze the altitudes of other individuals and groups along various developmental lines in hopes of understanding how to better communicate and therefore make more of a difference. There were a lot of ideas on the table, but a lack of clear direction on how to proceed with this information. The group was put on indefinite hiatus.

During this hiatus, the Integral body of knowledge, along with my own understandings, continued to tetra-evolve. I followed a new path, taking a teacher and studying the Gelupa lineage of Tibetan Buddhism to better understand what I perceived to be the deepest foundations of Integral theory. In fall of 2011, I learned that several popular teachers in my lineage were incorporating the AQAL map, and Integral Life Practice in particular, into their offerings. For example, the Integral Life Practice book was being used as part of the curriculum in the Yoga Studies Institute’s 300-hour teacher training course.

In checking out the various, newly evolved or evolving Integral websites, I eventually came across the offering for the “beta” version of Core Integral’s Advanced Integral course. Looking through the course description, it struck me that Integral theory had evolved since my last understanding of it. Without further thought, I registered for the Advanced Integral course.

Core Integral’s Advanced Course picks up where their first online offering, “Essential Integral,” leaves off. The two courses share a common structure, consisting of six lessons, offered over six weeks. It is an aggressive schedule, and the course architects state that it is like a graduate-level course. Coursework, assignments, discussions, and live conference calls are all woven into the fabric of the course.

The primary course material is delivered though a series of narrative, slide-based audio presentations with accompanying visuals. There is a sidebar available for easy navigation, as well as a textual search facility to help pinpoint what you might be looking for. These are particularly useful after the course for review and when taking the comprehensive completion exam. You can also interact with the audio timeline for each slide to quickly replay any particular segment of the audio until you are sure you understand it. The slides were prepared in a professional and aesthetically pleasing manner, although in many cases, as I’m sure Edwarde Tufte would agree, the visuals didn’t serve much more than providing eye candy. In moving this course forward there is certainly more room for thought on providing visuals for the slides that might enhance the text/audio with additional meaningful dimensionality in understanding the subject matter.

The interactive aspect to the course was provided through the web-based interface. The experimental web-based framework (CMS) used in the Beta version of this course worked, but was lacking somewhat both in function and polish. But it was through this interactive process that the course truly delivered on its promise to have you “get” its distinctions.

There is a particular beauty in the design of the course: it is designed as an expression of the distinctions it teaches. At the core of this course are the three distinctions of Integral Methodological Pluralism (IMP). These three principles are enactment, non-exclusion, and enfoldment/unfolding. Together they describe the nature by which our actions or practices give rise to our experience (apparent reality). IMP is not just a set of theoretical distinctions; it is something to “get.” It is a challenge for any course that is offered “online” to deliver such a result. Much to the credit of the course’s architects, they have used the online elements available to them to put you through the paces required to get these distinctions as quickly as possible.

The main assignment accompanying each week’s lesson was to post a 300-word essay responding to a particular directive, an activity providing the first opportunity for enactment by the participants. The subject of the essay required that we take some of the distinctions covered in that lesson and apply them in understanding some aspect of our own lives. From the very first postings the depth of commitment in the group of participants became revealed, and it quickly became the norm to share authentic, often sensitive. personal experiences with the group.

In addition to writing and posting these essays online, students were required to provide feedback to each other. The minimum requirement for successful completion was to write and post responses to at least three other students’ essays. As there were a good number of participants in our course, these responses regularly turned into multiparty dialectical threads of discussion. When people got stuck on certain points, clarification was often requested either through the discussion forum or by submitting questions for the weekly conference calls. Many times, other students posted useful responses to these questions, but the faculty, always monitoring for recurring questions and misapprehensions, would periodically post their own examples seeking to further elucidate the concepts, carefully grounding their examples in specific, referenced examples from our essays and responses.

The last component of interaction was the submission of questions for a live weekly group conference call. This provided people with the opportunity to have their remaining questions and points of confusion responded to directly by the faculty. If you couldn’t make the live call, which I suspect was frequently the case for some people due to the international collection of students across diverse time zones, the recording of each call was provided online shortly after it completed.

It was through our online interactions that the social identity of the group began to form, and it formed around and through the principles of IMP, so as to come, in a way, to embody them. The principle of enactment was provided through writing our reflective essays on the distinctions of the course and identifying their relevance and occurrence in our lives. In our responses to each other’s essays, we were challenged to seek partial truths, and offering feedback and suggestions that incorporated the best of each others’ points, but calling foul where they overstepped their bounds. This allowed us to both look for the correct employment of the principle of non-exclusion in each others’ insights and arguments, but also through crafting our responses.

As the course progressed and we grew in our understanding of the first two principles and their occurrence and application, we next began to see where in our experience enfoldment/unfolding had truly taken place, and where we were mistaken. We became better able to identify where a particular sequence of practices might look like it was evolving something new, but where in reality the practices only worked together in a larger cycle to perpetuate a certain situation. We began to explore how the introduction of new sets of injunctions might serve to transcend yet include the partial truths of such evolutional stalemates and unfold the new dimensions in perspective and experience.

There are many other distinctions that this course covers which I have not addressed here, but which are very powerful evolutions to the foundational aspects of the AQAL framework as covered in Core Integral’s first course.

Core Integral’s Advanced Integral course is an effective, powerful way to deeply understand and take on the distinctions of Integral Methodological Pluralism (IMP). It is an action-centered course and, through your participation with its exercises and your interaction with your classmates and faculty, you will emerge with the tools to understand and evolve your world.