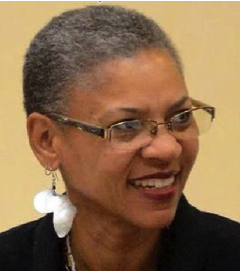 The strength of the book lies within the scholarship of the two editors, Toni King and S. Alease Ferguson (King & Ferguson, 2011). It is within the sections that they compose that scholarly readers gain the most direct understanding of the leadership qualities transmitted via African American mother-daughter relationships. They do an excellent job of locating the phenomenon of leadership within the greater context of challenges faced by Black women stating:

Black women challenge the dominant authorities and their accompanying projections by asserting the power to speak and name themselves. Moreover, this reclamation of identity on our own terms delimits the authority system’s efforts to quash visibility. As black women’s lives require complex negotiations and the mediation of contradictions, the capacity for leadership has been shown in our ability to create strategies for survival and advancement that include self-authentication, through unending self-invention and reinvention. (loc. 451-455)

The book is comprised of a lengthy preface (loc. 83-229) and introduction (loc. 280-658). Both of which are worth the read as they orient the non-African American reader to cultural concepts such as “kitchen-table-talking” – informal talks that would happen around the kitchen table comprised of adult Black women – friends and family members. These talks would serve as sacred spaces for African American women to support and learn from each other. As younger women “came of age, these kitchen-table-talking women intentionally included us. Our incremental acceptance was the rite of passage that culminated in a seat at the table” (loc. 104-105). King & Ferguson point out, “Typically, such cultural knowledge was shared only in the company of intimates and trusted colleagues. To share this knowledge openly exposed us to a negation of the very culture in which our spirits were rooted and from which we continued to draw nourishment” (loc. 139-141).

The introduction also situates the text in the feminist/womanist theory. They trace the Black feminist/womanist movement to its historical roots in the early 1800 – 1920s with its conceptual focus on liberty, freedom, dignity, and voice, through its second phase, 1920 – 1960 which emphasized “communalism and the development of collective movements, voice, and self-help organizations”. And, finally the third and current phase of contemporary black feminism, 1960 to the present. “This latter phase reflects the diversification of the African American female and her communal experiences, life styles, issues, and concerns” (loc. 436-439). Following these preliminary chapters, the book is divided into four parts:

Each part opens with an introduction written by the editors, which is followed by three-to-four essays. Each essay opens with an epitaph in the form of either a poem or quote and closes with notes and references.

The fourteen essayists come from a wide range of fields and positions, including full and associate professors and Chairs of English, Women’s, Gender, and African-American Studies Departments. There are also administrators including, Provosts and an Admission Director. Represented are also directors of health & human services agencies, as well as practicing psychologists and attorneys. This review will highlight two essays which both look at the Africalogical aspect of Black womanist leadership. The first is from “Part II – The Foudnations of Mother-Daughter Tutelage” titled, “Ìdílé: the power of mother in the leadership tradition” (Dozier-Henry, 2011, loc. 1452-2151), it opens with this epitaph:

I am an African five generations
removed
Sister/daughter/womanchild
Wife/mother-leader/custodian
of the ancestors
Committed to the
liberation/restoration of the
Spirit and
well-being
of African people worldwide (loc. 1498).

Oare’ Dozier-Henry is a full professor in the Department of Educational Leadership & Human Services at Florida A & M. In her essay, Dozeir-Henry establishes herself as an African-centered woman stating, “As an African woman descended from ancestors forcibly transplanted in the Americas, I relate the power to serve and lead to a heritage transmitted through ìdílé”  (loc. 1508). Ìdílé a Yoruba term that “refers to family lineage and tradition. It is the unbroken line of African women (and men) who breathe in us still, generations removed” (loc. 1508). Dozeir-Henry notes the transpersonal aspect of ìdílé stating it “links humans to immortality”, and that it relates to the topic of the book because ìdílé is “manifest in the power of Mother as a bearer and transmitter of tradition” (loc. 1508-1513).

Dozeir-Henry observes the connection between leadership and an African worldview – which is generally relational, stating relationship “agility is one of the strengths of effective leaders (loc. 1608-1610). She notes,

Long before Robert Greenleaf’s “servant leadership” (1970, 1977, 1979, 1980) and Lipman-Blumen’s more recent concept of connective leadership (2000) offered leaders a way to move beyond competition or military metaphors, African women in the Diaspora energized a paradigm set forth by their foremothers. This model extolled African values, put service to others first, and urged gentleness, not rancor, as the path to power (Zackodnik, 2007). (loc.1619-1622).

Making connections to the ontological concepts of African-Diasporic people is important because too often the African voice is left out of the discussion of leadership. Dozier-Henry closes her essay by noting that for her, “Growing up in the sunlight of the love of these transplanted African women made me strong and committed to both my immediate and my extended African family” (loc 1664).

As a balance to this essay, the second example I have chosen is from “Part IV – Tensions along the motherline: Translating motherline templates to daughter actions” written by Sonya Turner, “Mother’s transformative medicine: An inoculation against intergenerational stagnancy” (loc 3483-3697). She opens with “As much as I wish to romanticize my African American family network, I do not immediately descend from a stock of progressive, accomplished, critically conscious women and men who served as a prototype for professional and community leadership” (loc. 3486). She goes on to describe the many challenges her family has faced, including meta issues like institutional racism and poverty, as well as their resilience in dealing with a variety of familiar struggles including physically and emotionally abusive marriages, substance abuse, family betrayals, legal involvement, and tragic deaths (loc. 3491-3492).

Turner, determined at young age that she would chart a diametrically opposite life course to that of her extended family; and that her mother would serve as the catalyst for the change (loc. 3493). Turner recounts a number of experiences throughout her childhood and young adult life that her mother inspired her to “transcend the educational and career levels set by our family members and to embrace the self-sufficiency and dignity derived from my academic and professional achievement” (loc. 3634). However, in spite of the “transformative medicine “ of her mother, Turner was not prepared to deal with the alienation she felt from her extended family.

I noted that I selected this essay for its Africalogical perspectives. One aspect of the African-Diasporic experience is the continued impact of systematic racism on the mental health of African Americans. Turner states,

As I developed a critical consciousness and engaged in painful analyses of my own internalized racism, I desired to wrestle my family free of what Thomas Parham, Joseph White, and Adisa Ajamu (1999) termed “mental enslavement” by which their life potential was held captive. (loc. 3640-3642)

Turner not only shifted her family legacy, but she also offers her mother medicine through her community service and in her role as Director of Health & Counseling Services at Denison University and as a licensed clinical psychologist.

Combing through the stories in this book, we see the authors’ attainment of leadership skills as intersecting Erik Erikson’s (1968) model of psychosocial development and William Perry’s (1970) stages of ethical development. Using our contributor’s voices as an experiential starting point, we find that they have revealed a lattice of micro-and macrolevel developmental opportunities. (loc 4376-4379).

King & Ferguson summarize the concepts gleamed from the essays as four stages of leadership development: basic habilitation, communal affiliation & helping skills development, work ethic cultivation/vocational maturity formation and, organizational citizenship (loc. 4380).  They also identify two additional parallel components that are integrated throughout the four stages: social justice consciousness and capacities for resistance. Each of these concepts are expanded upon in detail. Although there is some unevenness in the scholarship of the contributors, overall I would recommend this book as a good addition to any leadership course. Lastly, I think that the concepts found in the Potentiating Arts would fit well within the Black womanist leadership paradigm.

Adeeba D Deterville, BA is Co-Founder of Sankofa Cultural Institute and doctoral student at Sofia University (formerly the Institute of Transpersonal Psychology). Her primary focus is African-centered Psychology and Spirituality. Adeeba’s broader research interests cover several areas including, identity development, wellness, healing, community building, and financial well-being. She serves as the Western Region Graduate Representative for the Association of Black Psychologists Student Circle Board of Directors and is a Student Circle Board Chair for the Bay Area Association of Black Psychologists. Adeeba has more than twenty-five years of experience in the non-profit sector and has worked in the financial services field as a Community Development Officer.