Transformation of Consciousness and New Reality 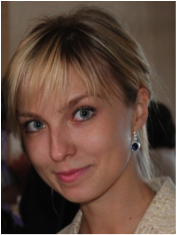 The present article introduces Professor Vasiliy Vasilievich Nalimov, a Russian mathematician and philosopher, whose ideas and concepts, regarding human consciousness, are both exciting and provocative. Nalimov’s profound scientific works showed the world that our society needs to see far beyond our time dimension to change the situation of collapse and the disordered state of moral values. Nalimov’s concepts of meaning and consciousness expand on a great variety of issues such as mathematics, philosophy, language, and psychology. However, all these deep and comprehensive themes and issues will be truly understood in the future and let’s hope the nearest future. The article examines the connection between consciousness and language as described by V.V. Nalimov and shows their influence on our present existence.

The greatness of a man is measured against the mysteries which he cultivates or the mysteries he surrenders to.
– V.V. Nalimov’s favorite quotation from Maurice Maeterlinck

In this article we are not attempting to construct a comprehensive theory of the realms of the unconscious; nor are we seeking to convert the doubter. However, there are ideas that often give one pause to think and search for something new. These are two such key-phrases – “hidden reserves” or “human potentials”. Expanding upon the tradition of the early natural philosophers Prof. V. V. Nalimov once asked new questions that are still defiant and daring: ‘What is the reality of unconscious nowadays? Who inside you changes the world? Is psycho-synergy possible? What are the levels of your mind and how do they reflect the world? What is your inner power-engine? And finally modern God problem’ Maybe that’s the reason even for his contemporaries his ideas and thoughts were too obscure. No one dared to think so far ahead and prove these ideas.

The contemporary state of our world is in need of changes, first of all, changes in the minds and hearts of people, rapid transformation of worldviews and a new approach to the current situation of globalization. In fact, it’s not by chance that his works are devoted to the topic of transformations. He was born early in the century, November 4th, 1910, into what he calls a “time of transformation”. Prof. Nalimov’s work is devoted to the transformation of consciousness and reality. It was initially published by ISI Press (Institute for Scientific Information, Philadelphia, PA ) through his friend and benefactor Eugene Garfield.

His work were popular and obtained recognition not only in the United States. Moreover, notwithstanding the fact that the philosopher had many publications in the U.S., for his colleagues and followers, as well as for many Russian scientists, he is considered to be one of the founders of the whole post-non-classical branch of philosophy. He was not simply a mathematician nor simply a philosopher or psychologist. Prof. Nalimov managed to embrace such a wide range of questions and scientific issues that sometimes it was hard for foreign publishers to identify the particular specialty of his books. They were so profoundly deep and universal at the same time.

It was he who is now considered to be the father of post-non-classical philosophy school. He actively spoke and wrote about synergy, a cosmo-ethical state of being and about the idea that a person, a human being, has active will and active mind from Absolute. This means that he or she can be and is the creator of the inner state and through this inner state is the creator of the whole universe where language can be regarded as the transformer of energy into outer life.

Nalimov was also one of the first in modern times who spoke about the subjectivity of the world. He emphasized that everything in the universe is a ‘self’-unit and everything in the world should be seen as the subject whose mind and position is to be respected. This is related to the statement of Schiller’s that the Universe is a God’s thought and this would mean that every generated thought of a person should be seen as the minimum basic unit of creation.

The concept and understanding of human personality is not at odds with theories of mathematics and physics, according to Prof. Nalimov. In Space, Time and Life he used the flexibility of Bayesian logic to construct an image of personality that included aspects he referred to as Ego, Meta-ego, Multidimensionality, and Hyper-ego. Nalimov wrote that he based his ideas on the early work of Lewin and Zeeman. Lewin rejected the classification model of personality representation and attempted to construct a structural image of personality. Nalimov was especially interested in Lewin’s stratigraphics of personality, in the geometry of the calm state and those of stress and tension. Zeeman’s topographical models of consciousness, and the field of transpersonal psychology, also influenced Nalimov as he interpreted personality as a manifestation of the semantic field through which consciousness interacts with itself and with the world.

Prof. Nalimov’s new formulations and meditation insights that bridged idealistic philosophy to a modern science have recently become of special interest for transpersonal psychologists. He emphasizes not only the indispensable role of introspection in psychology, but more specifically the vital importance of state-specific observations from “non-ordinary” states of consciousness. In his opinion, humans are psychosomatic systems interacting with aspects of reality that are not accessible to physical measuring devices of mechanistic science. In the scientist’s system, consciousness has the qualities of a semantic field dominated by probabilistic principles. “In this context, the dimension of time is relevant only for the realm of physical manifestations, while the unconscious is a non-temporal semantic field. In the context of his vision, the only hope for humanity is the creation of an entirely new human culture through a radical transformation of consciousness”. (‘Current Comments’ #31, 1993, by Prof. E.Garfield) In this respect Prof. Nalimov’s works are contributions to modern trends and endeavors in transpersonal and humanistic psychology to offer a totally new alternative strategy which can meet the current minds’ crisis.

In his letters to colleagues abroad Prof. Nalimov showed that Russian  intellectuals’ spiritual practices can be complementary to the ideas in Western transpersonal psychology. “They include: the rejection of reductionism in describing the nature of consciousness, recognition of the transpersonal nature of personality, awareness of meditation as a means of studying human consciousness and as a therapeutic tool, and an interest towards manifestations of altered states of consciousness”. (‘Current Comments’ #31, 1993, by Prof. E.Garfield)

Prof. Nalimov developed his own idea of probabilistically-oriented mathematics and its adaptation and application to linguistic and psychological problems. These parameters (explanation of Bayes’s decompression of semantic vacuum, triad “Senses-Texts-World”, Sense and underlying structure of Mind, paradox of freedom, nirvana, and creativeness) differ from other concepts of transpersonal psychology in many ways. For instance, there is a comparison of personality structures to notions in theoretical physics. He stresses the topic of probabilistic thinking by drawing on Plato’s concepts, rather than an Oriental philosophy. Nalimov’s core idea is that the concept of meaning or Sense is the key element that forms a structure of human nature.

In the Russian magazine Chelovek in 1991, Nalimov wrote: ‘We are ready to assert that the irrational and the rational are two complementary principles of our consciousness. The source of their harmony is in their compatibility, non-divisibility, coparticipation’.

In Realms of the Unconscious Nalimov gives the analysis of the concepts of the past, the present and the future in terms of states of what he  called ‘Delanie’ or what is in English interpretation called Doing. The book has a certain novel disclosure type in which Prof. Nalimov carries on a dialogue between himself and a Meta-observer of Time. Nalimov states that the present is simply the realization of the state of ‘Doing’ (perhaps similar to the Buddhist state of Being or the Zen state ‘doing-without-doing’). The past, according to this described paradigm, is a ‘frozen Doing’ (which does not take into consideration the historic concepts of reincarnation and karma) and the future is a ‘potential Doing’.

The only difference between past, present and future is in the state of Doing itself. As far as Time is concerned, it is a grammatical category which serves to express different states of Doing. This explains why within our culture some psychological events are ordered according to physical Time that arises from physical Doing. However, he pointed out that psychological Time is felt differently in a particular period of life. Time may be influenced by some external outer conditions. Prof. Nalimov underlines the speed of psychological Time changes, as the scale of Doing is being transformed, for example, compressed or extended. Meanwhile, describing these states of Time, he concludes that our concept of personal psychological Time is deeply metaphysical. The same is true about the probabilistic world-vision.

In 1982 Prof. Nalimov decided to use a method of group meditation with special music and breathing exercises in a natural setting to stimulate more imaginative potency by his subjects. Later on, he reported that the subjects produced unordinary conceptions of such terms as ‘dignity’, ‘freedom’ and ‘slavery’. This was accompanied by their producing exciting symbols resembling the stereotypes described by Jung and his associates. Prof. Nalimov announced that his approach demonstrates the fact that the analysis of myths and symbols does not necessarily depend on material from the Past, but that these evoked symbols of the depths of people’s consciousness should be taken into consideration as well.

During his research for Realms of the Unconscious, he found that people perceived the key word ‘freedom’ as flight, joy and openness. Prof. Nalimov inferred from this positive response that, at least in the depths of unconscious, the majority of people are ready to perceive a totally new paradigm: “Our task now is to understand the initiated process of renovation of our culture, integrating and adapting therapeutic forms accumulated by the immense experience of the past, and to convert it into the holoprocess’. It is a model of reality first introduced in the times of Plato that expresses the ecological, evolutionary, and transcendental nature of God’s creation. It encapsulates into a single model the web and continuum of created living and death. It is based on the one hand on the process philosophy and theology of Whitehead, Harthshorn, Cobb and Griffin, and on the other hand the holographic model of Bohm and Pribram. It is a synthesis that brings consistency and organization to the divergent theories and evidence. This process touches upon the topics of Life and Death, Reincarnation, Soul and Body, Co-creation, After-life. Prof.Nalimov describes this notion in his article ‘Meeting the 21st  Century’ in 1991.

The final point in the article is suggested by this quotation from Prof. Nalimov’s book Spontaneity of Consciousness where he states: “The urge to touch the Mystery of the Universe seems to be originally inherent to us. Perhaps, it is as inherent to us, humans, as the mystery of language.” Probably, prof. Nalimov wanted to remind us that our mind remembers our Past in many lives, and what we need now being here in this world is to fill this life with a new lost Sense and language is one of the forms to help us.

In pursuing the development of human potential we need to more carefully consider Nalimov’s work because his ideas for many years surpassed the development of today’s state of philosophy, science, psychology, and finally our life-view transformation.

Svetlana Maltseva, PhD, is a modern Russian cross-cultural communication specialist and philosopher. She is the author of scientific articles on ethics and communication. Her educational background gave the opportunity to conduct research in both philosophy and linguistics. Her major objective of philosophical studies is devoted to the fields of ethics and the notion of creativeness. In 2012 she obtained a Ph.D. for scientific work devoted to a Russian mathematician and philosopher, professor  V.V. Nalimov.  She currently lives and works as a consultant and trainer in Moscow, Russia. E-mail: sv-maltseva@bk.ru