November and December 2013 were rich on Integral events in Russia.

In November, the Russians finally saw the fruits of literally a few years of publishing endeavors. The long-awaited Ken Wilber’s works Integral Spirituality and Boomeritis were released as ebooks; and Moscow-based Postum Publishers printed Wilber’s A Theory of Everything. Now a team of enthusiasts (myself included) works on preparing the Russian ebook editions of Integral Relationships by Martin Ucik, Integral City by Marilyn Hamilton, Integral Life Practice by Terry Patten, Ken Wilber, Adam Leonard, and Marco Morelli. New translations of Wilber’s books are also on the way (the next printed books will be the second Russian edition of A Brief History of Everything and the first Russian edition of Eye to Eye).

November 10 was also the date of an important event—the premiere of Grace and Grit as a stage play at the Praktika Theater. Ivan Vyrypaev, the internationally acclaimed playwright, theatrical and movie director, invited Polish actress Karolina Gruszka and Denver-born Moscow-based actor Cazimir Liske to perform as readers of Ken and Treya’s diaries. In order to prepare for the play Ivan, Karolina, and Cazimir with their team visited Wilber in Denver in August. A public dialogue between Vyrypaev and Wilber was held in that city as well. Generally, the play was received well by the public. I will not discuss the details here; The Moscow Times offers a nice review of how the play went. In addition to the Praktika theater the play will be demonstrated in various hospices as a part of the charity program; since it is in English, it is possible that people in other countries will be able to see its international premiere. 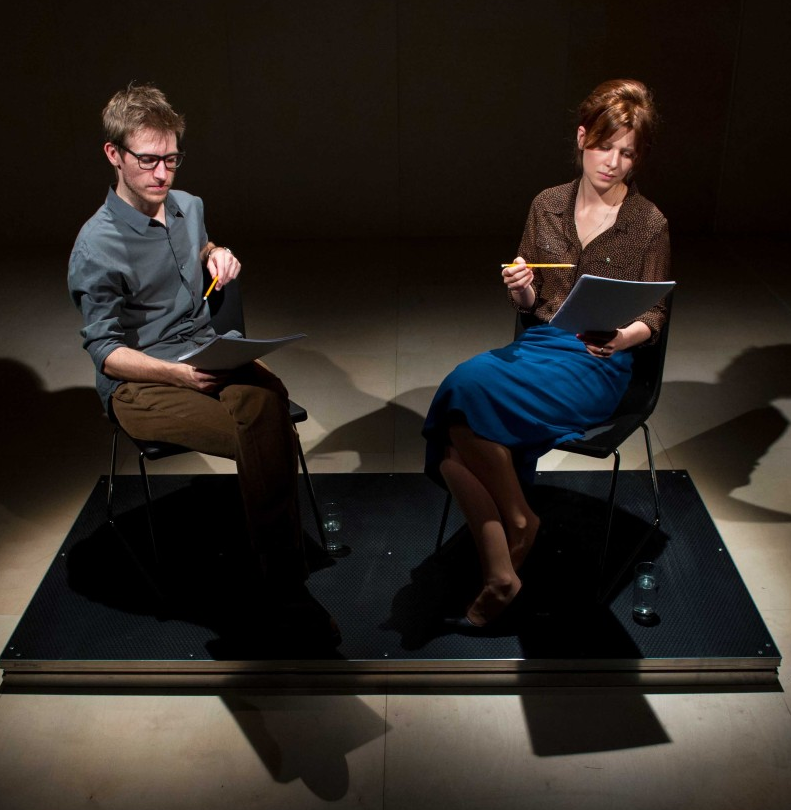 On December 5-­9 a series of workshops on the integral approach to addictions was presented to the Russians by Ipraktik. John and Pam Dupuy, who represented both iAwake Technologies (a company that develops integrally informed brainwave and biofield entrainment technologies) and Integral Recovery (a company that implements Integral framework in order to help drug and alcohol addicts in their recovery process), offered a free workshop demonstrating the use of brainwave and biofield programs and a paid weekend workshop on the essentials of the Integral Recovery method.

Right before these events Dmitry Baranov, the head of Ipraktik, read a lecture on AQAL Integral Framework basics, in the end of which John Dupuy answered to a series of questions from the audience.

During the weekend Integral Recovery workshop John and Pam demonstrated that they use such methods as wilderness therapy, Ken Wilber’s AQAL Framework, Integral Life Practice methodology (that includes strength training, yoga, meditation, etc.), Don Beck’s Spiral Dynamics Integral, the Enneagram typology in their work with clients and students of their Integral Recovery retreats.

They also explained what an important role brainwave and biofield programs can play in facilitating addicts’ recovery process by offering them and their brain an auspicious entrainment environment that both provides access to healthy altered states and peak experiences and seems to help in the longer-term cognitive, emotional, and spiritual improvement. The participants of the workshops were able to test the technology themselves.

John, an avid blues fan, also sang a few songs for us, one of which was recorded by Dmitry Baranov and can be accessed in Vimeo: https://vimeo.com/81387703

The events were hosted by Ipraktik and Moscow School of Brain and Cognitive Sciences (the latter is a part of Moscow Institute of Technology).

It is worth noting that John’s recent book Integral Recovery: A Revolutionary Approach to the Treatment of Alcoholism and Addition won the 2013 USA best book award (“Health: Addiction & Recovery” category). We hope to have this book published in Russian at some point.

Eugene Pustoshkin is the Bureau Chief & Associate Editor for Russia at Integral Leadership Review. He graduated as a clinical psychologist from St. Petersburg State University, Russia, in 2010. He co-founded altstates.net, a web project dedicated to promoting academic studies of altered states of consciousness. He is also a Russian partner of iAwake Technologies. As a psychologist he maintains a private practice within the framework of Integral psychotherapy and Holoscendence. His interests include integral and transpersonal approaches to individual and social transformation, global citizenship, cross-cultural integration, transdisciplinarity, and networking. One of his main focuses is pragmatic application of Integral Spirituality and Integral Psychology to life and exploration of the unity of tantric and gnostic paths of the world. He can be reached via email eapustoshkin@gmail.com and via Facebook.