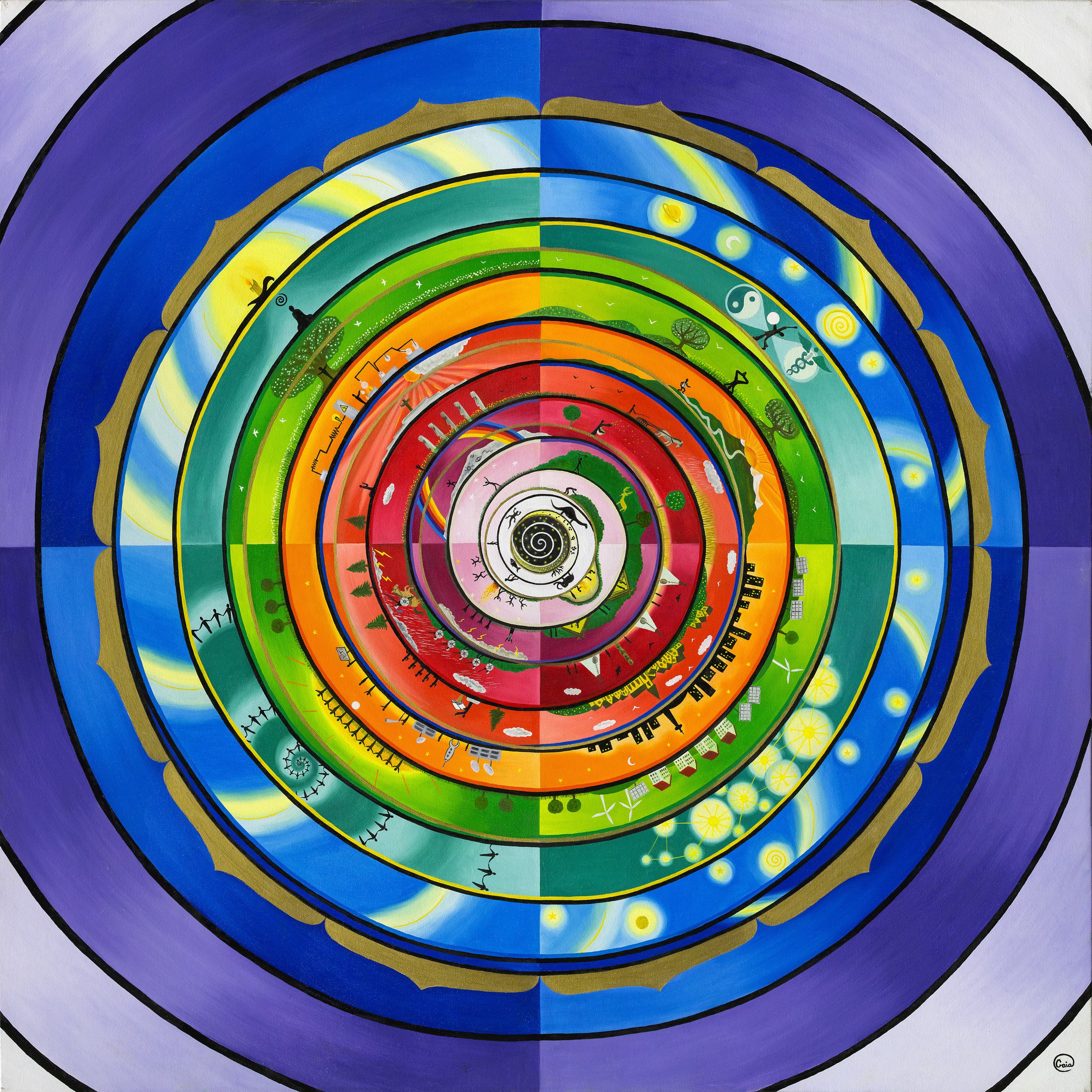 These four shapes are the structure of my integral map:

– a spiral for the levels of development that are evolving.

– I see this expansion as our heart centre (where spirit and body meet) opening up. For this reason, the gold concentric circle after post-Integral is a heart lotus creating a mandala which gives the painting a spirit of wholeness.

– the circle divided into 4 sections represents the quadrants as we know them. Having the quadrants was Bence Ganti’s contribution which made the painting a true useful tool to understand Integral theory.

Then the colors! One of the most confusing (and annoying) parts of integral learning is this mix up of colors between Ken Wilber and Don Beck. It’s difficult enough to figure out the whole thing that is supposed to be simple and elegant! Even Jeff Salzmann admitted to me that he hates it every time he has to say ‘amber-blue’ or ‘yellow-turquoise’.  I guess it’s part of life, it just can’t be perfect, it has to put this little annoying rock in our Integral shoe!

Also as an artist I never understood the logic of either color chart. I find Wilber’s a little bit more sensible since it uses the rainbow sequence. We said rainbow, right? So where is yellow? It’s a primary color and it’s not even in the chart! That bugged me for the longest time, I could never get that.. until…

When I painted the integral map I had my aha moment: Ken decided to use the diffracted light color sequence but in the spirit of being ‘inclusive’ he did his best to match Don Beck’s existing colors. This way some stages match: red, orange and green stages. Anyway in my painting I used Wilber’s colors (if you know my art you’ll know that I love rainbows) and I added a ribbon of Don Beck’s colors unfolding along each stage.

From the Big Bang to Integral I found simple symbolic scenes to express each level so that when we look at them we can get an immediate ‘feel’ of each stage in their respective quadrants. For instance, amber upper left is someone bathed in the shining light of an almighty god; orange upper right is a marathon runner reaching for high performance; lower right green is a new city line built in nature with renewable energy; teal lower left is a spiral of people evolving together.

This Integral map – created to be presented at the 2016 European Integral Conference in Hungary – is called ‘Integral Map 1.0.’

I invite everyone to participate in the evolution of this painting by giving their feedback, ideas and suggestions to make this Integral Map painting project an on-going  developing theme. The point is to make it better, clearer, to find ways to express the various aspects of Integral philosophy in a playful and colorful visual manner. Throughout the history of humanity art has always been a beacon of every era, staying as a long lasting testament of what emerged in each culture at different periods. Let’s invite the artists to participate in Integral world culture with their visions! This painting is only one of them. I am honoured to be part of this avant-garde movement, participating via my artwork in this incredible evolution!

Note: On my way back from the 2016 Integral European Conference in Hungary I lost my Integral Map 1.0 in the subway in Paris… to read about this crazy story click here

*This article was originally posted at http://gaiaorion.com/creation-of-the-painting-integral-map-1-0/ 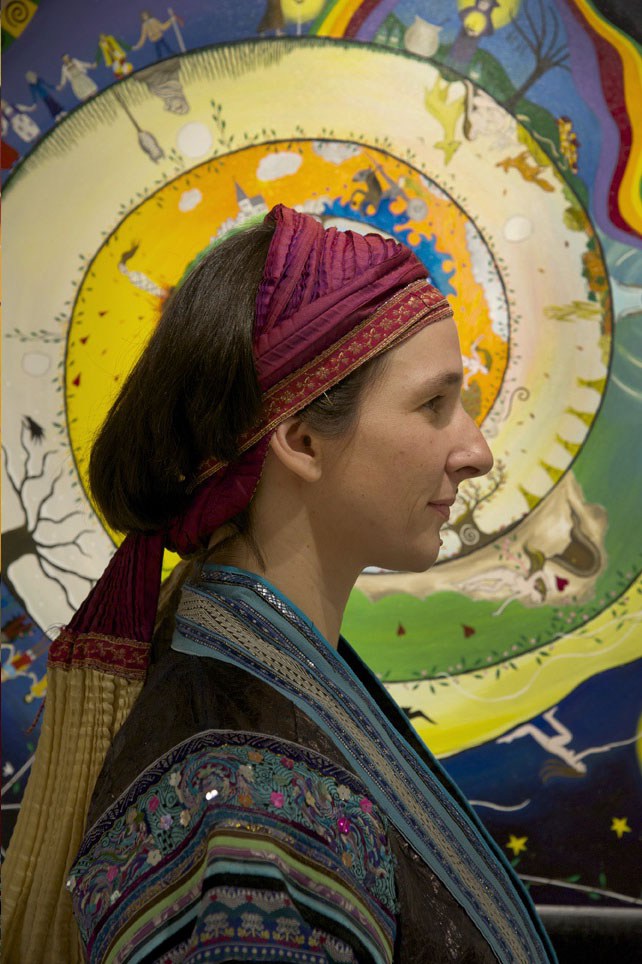 Gaia Orion is an integral artist that has gained international recognition by participating in many worldwide projects that are working toward constructive world change. She has exhibited in Spain, Germany, Hungary, Mexico, the U.S.A and Canada with a recent solo show in Paris, France. In sharing the artwork and connecting with others she discovered that these transformational themes are part of a larger visionary movement that is active in society today… as deep ecology, social justice, conscious politic, alternative economy, and so on…

Uniting our vision and natural talents can become a catalyst for individual and collective change so that we can move together toward a healthier humanity.