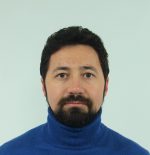 As it has been pointed out by Ken Wilber in his work “Introduction to Integral Theory and Practice”, over the last three decades we have witnessed a situation that is unprecedented in history: from now on we have access to all the cultures of the world. In the past, if you were born, say, in China, you were likely to be destined to spend your whole life within one culture, as often as not, in one province, sometimes even in one home. You lived, loved, and died on a small plot of land. But today people are not simply geographically mobile – we are able to study and have studied virtually every culture present on the planet. In our global village all the cultures are out in the open and can be seen by each other. Knowledge itself has become global in nature. This means that, once again, for the first time ever, we have gained access to the whole body of human knowledge. Knowledge, experience, wisdom, and ways of thinking from all the main human civilizations, from the ancient to most recent ones, are now available to anybody who is willing to look into them.

Thus, the human race has reached a level of supra-cultural development where it seems practical to consolidate pieces of global knowledge, and work out universal rules and standards of life for the human civilization. These standards should be clear and acceptable to all the cultures on Earth, and serve the common purpose shared by the whole of humankind.

I reckon very few of us have pondered about how far humankind has gone in its attempt to enslave the planet. I hadn’t thought about the issue on the global scale before, either. I hadn’t given it thought until, by sheer chance, I came across a documentary called Home (directed by Yann Arthus-Bertrand in 2009) and watched it. The film shows us the beauty of the planet and consequences of destruction brought by human activity. Hard-to-heal wounds inflicted on the Earth by industrial manufacturing industries, the aftermath of wars, and environmental disasters reveal the real situation on the planet to the viewer. It feels as if you rise above the ground and watch human civilization from above, which changes your consciousness. How have we, one of hundreds of mammal species, managed to alter our environment so much and became controlled by our insatiable appetite? At some point, it has to come to an end, doesn’t it? But how will it all end up? Seems like this very question has been up in the air over recent decades.

Until quite recently, our whole civilization developed under the pressure of ever-growing human selfishness. Developments in science, mining technology, and the use of natural resources – everything was dictated by the desire to overtop and subdue nature. Humans were making steady progress towards becoming a dominant species on the planet, thereby feeding their egocentricity. Naturally, the levels and speeds varied from culture to culture. Yet, the general trend was the same – people did what their selfishness prompted them to do.

However, at present the human race has run out of steam. Present-day advanced society has reached a dead end in its motivational development. Increasingly, people ask themselves what the principal meaning of life is. Not the only-think-about-yourself meaning but the meaning which is beyond that. When you have reached goals set by your ego… Now what? When history has run out of meaning for the soul, when any beginnings in the outside world lose their appeal and it becomes clear that there’s only death waiting for us ahead – then what? The end does not justify the means any longer. Promotion of greater consumption is not inspiring or appealing. Society can no longer fill itself with food, experiences, power, and fame.

Interestingly, nature itself doesn’t let us develop further any longer. Over the last 150-200 years humankind has treated its resources so recklessly that nature has taken a hostile attitude towards us – more frequent natural disasters are a shining example of that.

As most resources are non-renewable, it is becoming evident that we aren’t likely to be able to provide developing countries with the same standard of living that they can see in Western Europe and the USA, for instance. Willingness shown by these countries is just not enough any more.

In the long run, as the situation unfolds, it may lead to local (to say the least) wars waged by developed countries in order to keep their status.

Thus, it can be concluded that it would be right if developed countries, which had been driving forces behind consumption of global natural resources for a long time, came up with a new motivation for humanity and turned themselves into driving forces capable of developing it. First and foremost, it is consciousness of every individual that has to be developed. A central metaphor for the development process in integral psychology is the image called “stairs”. Today, it is clear that development of consciousness is multidimensional and multithreaded. So, it cannot be adequately reflected as a linear process. However, the metaphor of stairs is still appropriate when common principles of development need to be explained. The general idea is as follows: there are basic levels of consciousness (steps of development “stairs”) which an individual climbs as he or she grows as a person. With every further step taken, we get a new view of reality, i.e. a different outlook on life. In her extremely authoritative book In a Different Voice Carol Gilligan has pointed out that each individual normally goes through three or four key stages of moral development. Making references to a vast amount of research data, Gilligan says that these three or four stages could be called: pre-conventional, conventional, post-conventional, and integrated. As a matter of fact, they are very similar to those three simple development stages we use – this time, as applied to moral capabilities.

Gilligan has discovered that the first stage represents a morality entirely centered on “me” (due to this, the preconventional stage is also called egocentric). At the second stage of development the morality is focused on “us”, hence, my identity goes beyond “me” and is extended to other human beings within my group (due to this, the conventional stage is often called ethnocentric, traditional, or conformist). At the third stage of moral development my identity expands once again, this time from “us” to “all of us”, all human beings (or even all living beings) – that is why this stage is often called worldcentric. I now have care and compassion not just for me (egocentricity), and not just for my family, my tribe, or my nation (ethnocentricity), but for all the humanity, all men and women, regardless of their race, colour of their skin, and creed (worldcentricity). If my moral development goes further, I will reach the fourth stage, which Gilligan calls integrated.

Yet, it is common knowledge that the higher the level of development is, the fewer individuals reach it. The complexity of self-improvement, a lack of the adequate number of competent psychologists, and, most importantly, no strategy for developing consciousness of individuals globally at the level of governments worldwide – these are problems that have to be sorted out by developed countries. Working on human thinking must become a global goal. The human mind has to cease to be egocentric and grow into the integrated one, filled with the power of nature, the power of the universe. All further interactions between the human society and nature must become integrated. Helping the environment and living green doesn’t have to be a headache for us. On the contrary, it is often as easy as eating a piece of cake. Besides, nothing could be further from the truth than the idea that one person cannot make a difference in the world. As long as each of us pays at least a bit of their attention to this issue, it will make such a huge difference.

So, what can we do right now? There is a single answer – we ought to work on the physical preservation of our Mother Earth for generations to come, as hard as we should work on developing our human mind to create a worldcentric mindset. Yes, such work is already in progress: the share of wind and solar power in the total global energy balance is increasing steadily. Electric cars have been bang on the trend over the last decade and have won the support of global players in the automotive industry, at long last.

Apparently, by feeling its way, humanity has finally got on the right track to further its development.

Higher technical education. Has Master’s degree as power engineer. Harvard Certificate. More than 10 years of building and developing successful business. Passed the professional path from a manager to the head of the company. Hobbies (for the soul) are social psychology, leadership.

This article is a result of a co-joint creative project organized by Involve Spirit, LLC and Integral Space, LLC. We invited people of different professions who completed a course on the Integral approach to write an essay on their favorite topic, using an integral lens.