It had been ten years since I attended SDi 1 and SDi 2 certifications in Vancouver, British Columbia, Canada. Marilyn Hamilton was working with Don Beck to facilitate the sessions. If memory serves, there were about 50 people in attendance, almost all unknown to me. But these sessions were all Don. He served up his stories, accompanied by music that helped us connect to the vmemetic aspects of ourselves. 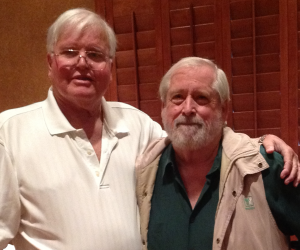 Perhaps the most valuable takeaways from this experience were the connection to the vmemetic levels  and the clarity that they danced within me, some more familiar than others. The style and the tempo of the dance varied with my awareness of the life conditions I faced. I don’t know if Don could see that inner Terpsichore, but twice he called on me to represent Red to the rest of the room. I stepped into the role with enthusiasm, not quite sure that I had the character right. But then, the experience had such a lasting impact that for years I have experienced that energy when it has come forth in my being and doing.

In Dallas, I arrived early to find Don Beck, Ben Levi, integral technical guru, and Petra Pierters, Don’s erstwhile – manager? assistant? I’m not quite sure which; but she provides invaluable support to his work – in the ballroom preparing for the opening of SDi2. SDi1, the introduction to Spiral Dynamics had ended just this morning while I was travelling from Tucson to Dallas. Now is the time for those who are applying SDi in their work. And quite a list of folks it is. Some are new to me and some are old friends of Integral Leadership Review. Lisa Norton, Michael McElhenie, Elza Malouf, Cindy Wigglesworth and others who will show up in these Notes.

We had arrived to attend the 13th of the SDi Confabs. Here is a list of the themes over the years:

2000:  Globalization
2001:  Organizational Elegance
2002:  Integral Leadership
2003:  Change, Transitions, and Transformations
2004:  Arts and Smarts
2005:  Stuff that Works!
2006:  Large-Scale Change Strategies in Turbulence and Complexity
2007:  Education and Training for the Integral Age: HOW should WHO teach WHOM to do WHAT? 2008:  Change, Transitions, and Transformations: Connecting All the Dots
2009:  Cultural Dynamics and Nation-Building: A Large-Scale Perspective on Design, Change, and Transformation
2010:  Genes, Brain, and Culture: The Clare W. Graves Connections
2011:  Peace and Progress by Design – Cracking the Codes: The Prevention and Resolution of Deep Conflict and its Aftermath
2012:  The Momentous Leap – Spiral Dynamics in Action: Deciphering the Master Code in the Age of Complexity, Collaboration and Emergence. A Functional, Integral Pathway to a Sustainable Future

The program for the first afternoon included Don Beck’s introduction to the Momentous Leap, the theme of the Confab. The Momentous Leap to…? We had to wait to find out as James Terrell lived up to his preacher reputation in style by characterizing with an evangelical twist Bill Clinton’s speech as the Democratic National Convention. But his real message was a call to spiral wizardry and integrating the colors. Imagine a speech on Spiral Dynamics and the vmeme sets delivered in the style of an evangelical preacher. Does that challenge your sensitivities? If so, it may be time to check out your own vmemetic profile.

Now, the momentous leap: Graves—it is destined; we are just now setting up the conditions though change events and triggers, tipping points. The Noah imperative: building the ark before it starts raining. We wil be looking at what kinds of people and organizations can address the kinds of change that can be productive, generative. What kinds of minds can perceive the issues, mobilize the minds of others, and bring them on line. Not knowing what to do indicates a state of readiness across the spectrum; beta heading to gamma. New pathways. Find them.

Don is undertaking a pre/post study of how people show up on assessments that we did prior to the Confab and related to how they voted. This work may lead to a national survey. Politically, an early responsibility of 2nd tier is to build models of integration, red blue and white. How can each be right without the other being wrong? In the face of threats of violence what can we do to make a generative difference? Where will the leadership come from?

Don noted, “In spite of all the diversity, we are still here. Can we support, empower, cross fertilize? What are the real issues in the complexity that we have? It will require all codes and people moving through them.”

We need to make all levels healthy. Weaknesses in any place on the Spiral will lead to the expression of issues related to that weakness. Unhealthy “purple” – lack of cohesion (no shared story), “red” – lack of energy to action, “blue” – lack of structure = chaos, “orange” – lack of progress, improvement, “green” – lack of compassion. 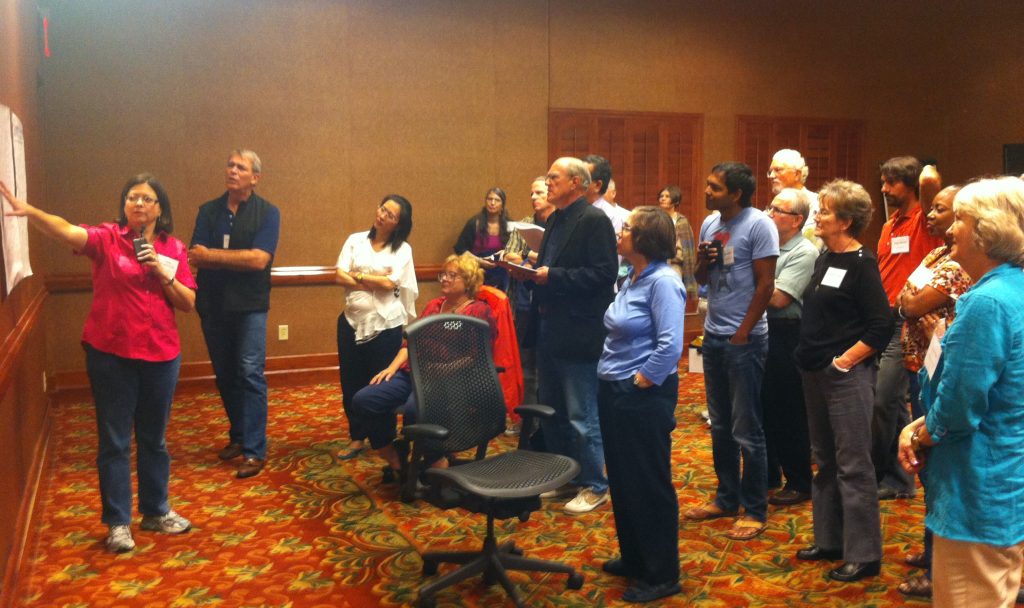 There is no way that I can recount all of the presentations that we received in Dallas. Many of the presenters have published in Integral Leadership Review: Roberto Bonnilla and his remarkable work in Mexico, Elza Maalouf and her activities in Palestine and elsewhere in the Middle East, Cindy Wigglesworth and her work with spiritual intelligence. Some appear in this issue: Marilyn Hamilton, Tom Christianson, Michael McElhenie. Others we hope to see in the future: Christopher Cooke, Fred Krawchuck and more. And please forgive me for not listing you all.

In this group we find a remarkable cognitive depth and breadth about change in the world. Aside from the insights we gain from their work with others and occasional reflections into ourselves, the connection to our own development, our internal development that prepares us to step into such roles and perform effectively. Spiral Wizard, after all, is a role. It is a role, like leader. Those roles are defined by the stakeholders, those impacted by individuals who step into and out of the leader role. And this includes the expectations of the individuals who take the step into the role. Our individual development invariably requires us to enter into sets of practices (not all practices are equal for all individuals) related to self-management, emotional and cognitive intelligence, working with our shadow material, learning how to communicate with others who have a different vmemetic sense than our own. Thus, one or thirteen Confabs, as important as they are, also require the development of our talents to perform effectively as change agents at the individual and collective levels.

The remarkable thing to me is the growing network of “Spiral Wizards” working in so many places in the world. These are all remarkable individuals. Ground breakers, courageous individuals often living nomadic lives both figuratively and literally as they find and create the receptors for this remarkable approach to development and change. They are working with political parties, corporations, not for profits, you name it. Where there is a need (and there is no dearth of need) they want to be there and support a developmental path that may be critical to diverting conflict, growing cultures, helping nations rebuild after economic disaster, finding new paths to reach across boundaries hitherto impenetrable because of the labels of religion, race, political affiliation, gender, nationality, tribe, caste and clan.

One thought on “Spiral Dynamics in Action: the Momentous Leap: The Confab 13, 9/6-9”