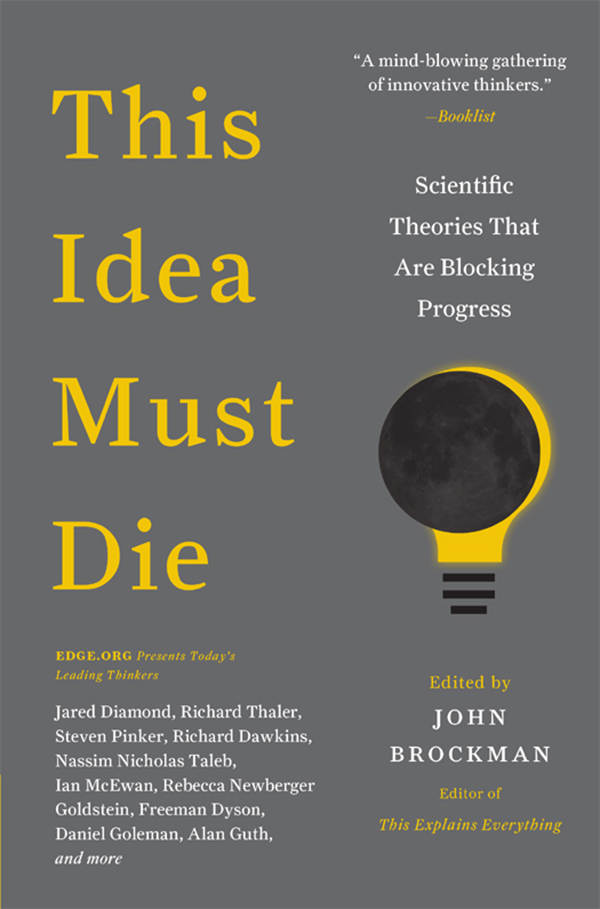 This is a most unusual book to be included in Integral Leadership Review. But it is a significant contribution to integral understanding. It is a book of very short entries by scholars and other intellectuals on ideas that are current in the various sciences, including the social sciences, about ideas that are perceived to stand in the way of our progress as a generative civilization. This virtual Who’s Who of scientists (175 in all by my quick count) were responding to a question placed on edge.org, an online scie3nce salon, by John Brockman: What scientific idea is ready for retirement?

For those in pursuit of an integral perspective and who are not embedded only in the search for enlightenment and personal development this book presents and challenges many of the assumptions that we carry about science, natural and social. I will offer a few examples, even though this brief excursion can be little more than suggestive of what is contained in this fascinating volume.

Interestingly to integralists, the opening piece is by Geoffrey West, theoretical physicist at the Santa Fe Institute – known for its pioneering work in chaos and complexity theory. He observes that the idea of a theory of everything has been questioned by many and that the “search for grand syntheses, for commonalities, regularities, ideas and concepts transcending the narrow confines of specific problems or disciplines is one of the great inspirational drivers of science and scientists.” Yet, it is “potentially misleading and intellectually dangerous. Rather, he argues, we need to focus on the development of a “Grand Unified Theory of Complexity.”

A second example is physicist W. Daniel Hillis, Co-chairman of Applied Mind, LLC, urging us to cast aside the notion of cause and effect. If-then plays such a critical role in the ways so many of us think. Our proclivity for story telling re-enforces this, even in science. Yet these stories are frameworks “we use to manipulate the world and construct explanations for the convenience of our own understanding.” The cause and effective narrative works pretty well when applied to engineering. However, it “breaks down when the parts we would like to think of as outputs affect the parts we would like to think of as inputs.”

Several authors address the relationship between language and culture, worldviews and/or meaning. For example, Dan Sperber, a cognitive scientist at the International Cognition and Culture Institute, that there is no standard approach to meaning. Rather, it is used to discuss “(1) what linguistic terms, such as words and sentences, mean and (2) what speakers mean.” These are quite different things. John McWhorter, Professor of linguistics at Columbia University argues against the theory of Benjamin Lee Whorf gives you a particular worldview. While language does influence thought, it is culture that shapes worldview.

Hopefully, these examples are adequately suggesting the scope of material in this volume. And there is much, much more from familiar names like Daniel Goleman, Mihaly Csikszentmihalyi, and Steven Pinker there is so much more from those whose names may not role so easily off our tongues (humor intended). This is a great book to keep in the smallest room in the house or anywhere else you can take a couple of minutes to learn something.