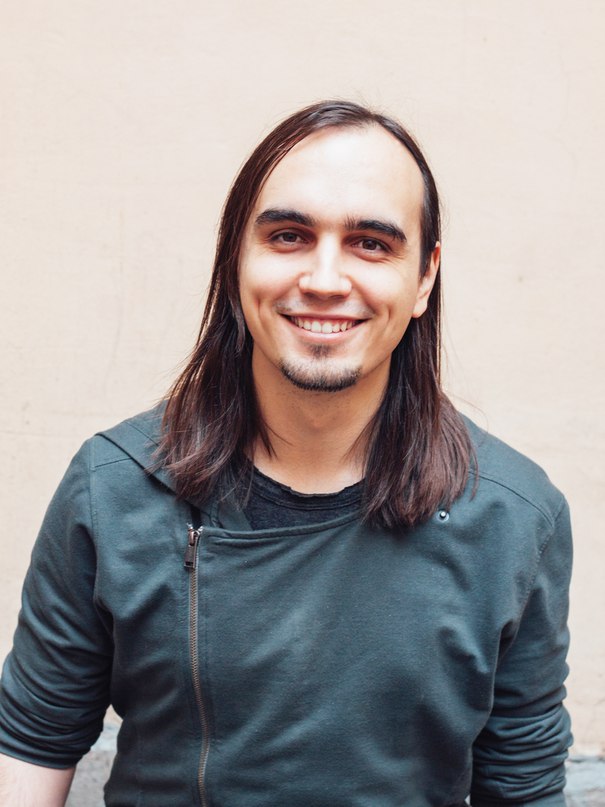 In this article I want to tell about the concept of multidimensional communication pioneered in Holoscendence, an integral meta-method of human development, first introduced and developed by Sergey Kupriyanov, PhD in Medicine, a Russian-born Integral therapist from Helsinki, Finland (Kupriyanov 2013).

Dr. Kupriyanov—during the many years of his work in USSR as a practicing psychotherapist and researcher of family therapy and psychosomatic medicine (e.g., Kupriyanov 1983)—became interested in the evolution and further unfolding of his practicing method. At that time in the 1980’s, unlike today, there were only few available psychotherapeutic modalities in Russia, and very limited access to literature on postconventional, humanistic and transpersonal methods (mostly through samizdat). However, there was significant interest in new methods of communication, so original research, much of which was unique and often undocumented/unpublished, was conducted and supported.

As a part of this research current of evolving psychotherapy, Dr. Kupriyanov’s clinical explorations led him to establishing the practical validity of multidimensional (initially multilevel) communication as a dramatic expansion of consciously accessible channels and modalities of relationships and interaction. This was found to be related to the idea of the spectrum of consciousness (Wilber 1977/1993) pioneered by Ken Wilber (later on, this idea was significantly expanded in the Integral psychology framework proposed by him [Wilber 2000], which Holoscendence adopted and put into practical application). 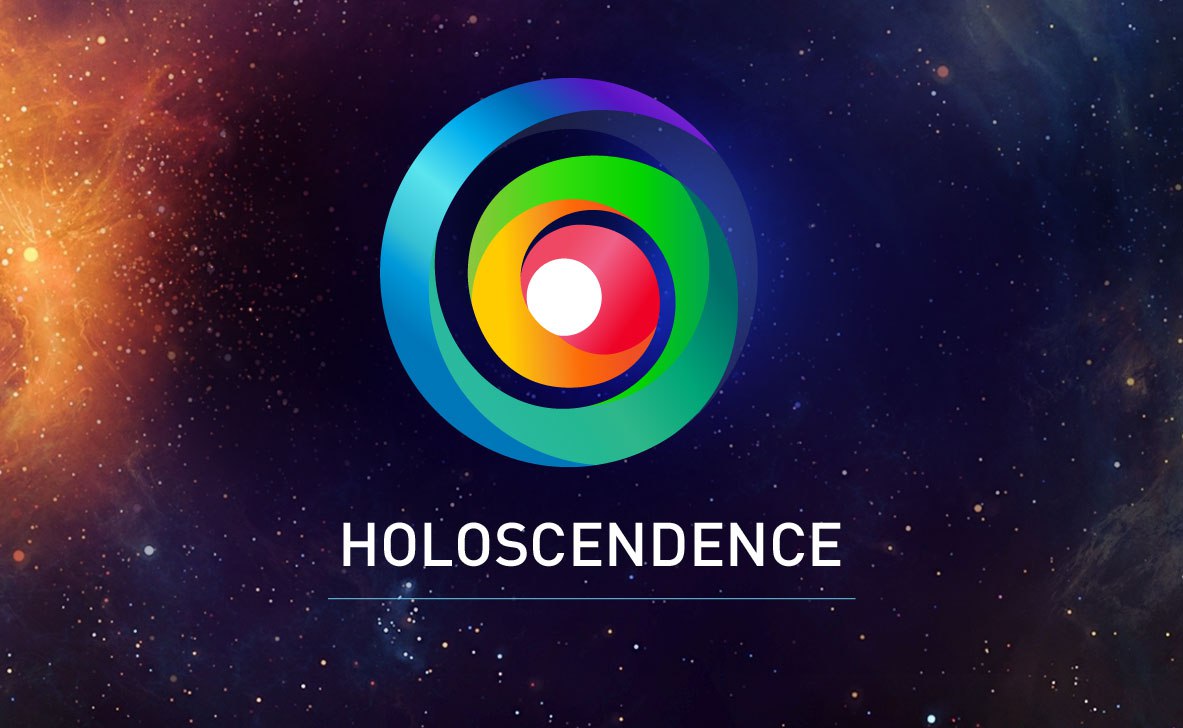 Later on the notion of multidimensional communication became one of the cornerstones of Holoscendence, an integral meta-paradigm for pragmatic psychology and psychospiritual growth. Communication can be conceived as conducted in a multidimensional way when a whole array of multiple levels and states and realms of consciousness, behaviors, and relational resonances are simultaneously perceived and activated—in Holoscendence this kind of multidimensionality of perception-and-communication is brought forth usually via a continuously-maintained, expanded and naturally-occurring state of self-purifying awareness or presence.

As many transpersonal theorists pointed out, our ordinary consciousness is but a shallow and dim reflection of potentialities actually available to it (James 1902). We exist in a kind of trance of ordinary life, being hypnotically entrained to a limited range of conscious experience, structured, enhanced, and limited by usually preconventional and conventional structures of consciousness and meaning-making (Tart 1986; Wilber 2000). At the same time our consciousness or psyche is paradoxically not merely conscious experience but also a compound multilevel field of unconscious, preconscious, and supraconscious processes. The range of accessible experiential realities can be significantly deepened and expanded (Aurobindo 1939/2005).

At first at least two worlds exist simultaneously: our usual system of “conscious” identification (ordinary experience) entrained to a particular range of the overall spectrum of experience and our less-than-obvious system of unconscious identification and processes, which is often thought of as a background for the former. This unconscious background is sometimes conceptualized as the creative unconscious mind—in contrast to the ordinary and often rational conscious mind (Gilligan 1987). Upon further exploration the illusion of the given reality and our understanding and actual perception of it as pre-given, fixed and unconstructed yields to more sophisticated and complex vision of, metaphorically speaking, a multilayered yet simultaneously active meshwork of interpolating and cross-pollinating fields of experience and intentionality processes which constantly oscillate and shift in their subtle and gross configurations (Wilber 2005, Jaruzel 2014).

After persistent and steady contemplative investigation a unitive principle becomes self-evident as what can be called empty and spacious awareness that serves as the ground in which the interplay of the cognizer and the cognized takes place. This awareness phenomenologically manifests as layers of vibrational oscillations which offer embodiment to numerous layers of being, communication, and reality co-enactment.

In Holoscendence this underlying unitive principle of empty awareness serves as the main tool for enacting an integration of multiple methods of consciousness growth and therapy beyond their conceptual and conventional linguistic and descriptive experience. Essential qualities of each method or paradigm of communication (including therapeutic) are grasped at their nonconceptual level. The Mystery of Being beyond any conceptualization (including the one in this article) becomes accessible and is recognized as such.

When transferred to the actual field of experience and interaction, specific methods of such skillful means as flexible activation of, for instance, dynamic attention concentration and deconcentration (Bakhtiyarov 2016) are applied right in the process of communication, which gradually, and often spontaneously-suddenly, brings forth phenomenological apprehension of multiple worlds of consciousness and spirit and intentional energy. These phenomenal worlds can be revealed as co-existing simultaneously each and every moment in each and every sentient being.

Additional channels of communication (sub- and trans-sensory) open up as vivid and playful containers of shared experience, often with a self-liberating quality. This transconceptual way of co-presencing opens up unconscious and often repressed clusters of experience, reactivating systems of condensed memories (Grof 1985) which require their dissipation in the field of the neutral substrate of awareness in order for healing and liberation processes to take place.

One of the unique features of Holoscendence (which differentiates it from other approaches) is its sophisticated practical system of correlating subtle-energetic fields with the visual field in the process of communication. We practice simultaneous tracking of sensory and bioenergetic fields that are synchronistically co-created by the participants of communication (or between the client and the therapist-facilitator) in the unitive space of consciousness-emptiness-awareness. Specific attention is paid to intentionally perceiving the dynamic interaction between the interpersonal energetic field and the visual perception of a person’s exterior appearance. Thereby, assessments of which therapy or communication modality to choose and how effective it is in a given situation are made according to the perceived quality of these simultaneously observed shifts in the energy field and visual perception, which are found to be synchronistically and dynamically interrelated.

Being in an outwardly-oriented interpersonal trance or altered state of consciousness together with a client or multiple participants of communication creates a container or shared space of consciously-realized emptiness which enables one’s capacity for synchronistic and resonance-based observation of energy fluctuations in the interpersonal field and visual perception. The visually perceived figure of another person starts to shift and fluctuate, which often reveals itself in the change of the appearance of his or her face. These different facial forms or “faces” clearly correlate with the actual quality of synchronistic resonance of the energy field. In the process of work you often gain an insight into how the result of desirable therapeutic outcomes may look like (literally what face this or that person would have once he or she is healed). The therapist literally sees his or her client—say, someone suffering from alcohol addiction—as a person free of his or her craving; a person with depression is seen as someone resurrected in the space of clarity and light; a patient with neurosis is seen as the one who has solved his or her issues.

According to this principle, a desirable outcome—which usually tends to be expected in time—is literally envisioned or seen now, in the present moment. This is specifically correlated with the unique features of the energy field as it is perceived by the physical and subtle bodies of the facilitator. If she sees that her client’s face reflects some positive outcome of their therapeutic interaction, the facilitator has to gain a specific insight into the energetic structure of this experience; and the positive outcome can be reinforced through a coherent resonance-based influence upon this energetic signature.

Keeping our eyes wide open, we simultaneously track subtle shifts in the appearance of the client correlating it with fluctuations of bioenergetics. Through catalyzing changes in the subtle-energetic streams we can track whether change is occurring in a desirable direction. Holoscendence enacts this sort of simultracking continuously in a pragmatic manner, including resonances in all quadrants of the AQAL framework (for a theoretical explanation of simultracking see Wilber 2006/2007).

It should be noted that the healing activity is not localized in any single individual, but is non-locally shared among the experiencers, although the psychopompic quality of trained facilitators (such as therapists) who assist in structuring the flow of life experience is helpful and even crucial (especially at first or in cases of severe traumatic memories). Derepression of explicit and tacit memories eventually leads to confrontation of the basic and core fear-of-death response, and psychospiritual progression through death-and-rebirth archetypal patterns trains one’s self-system in learning how to digest and sublimate anxiety in a constructive way (Grof 1985), eventually letting go of personality substitutes in favor of essential qualities of Being in its multiple facets and forms (Almaas 1988).

It is important to understand that therapy is only conventionally perceived as some sort of bracketed-out special space or place outside of ordinary life and its usual flow of experience. Indeed, it serves as a relatively safe container auspicious for training to let go of grasping, release emotional clinging and avoidance, and accept and explore one’s authenticity and genuine existential condition. Yet it is not separated from life in any substantial way, no matter how differentiated it is—for the total-unity of reality, which seems to always already subsist as an essential property of our lifeworld, has no impenetrable boundary. Life is the greatest therapist. What appears to be simulated in therapy containers is not simulated at all and actually reflects inherent (if often hidden or latent) dynamics of the actual pragmatic world. It is often the main goal of a therapist, facilitator or coach to assist their so-called clients in naturally transferring their emerging skills to ordinary life.

One of the keys here is often to be able to evoke or rather recognize the spirit of the extraordinary as that which shines through and as the veil of commonly and habitually perceived (or, to be more precise, constructed) way of things. New habits and pathways of constructing oneself and one’s experience are required, and the lion’s share of development is on the client and his or her determination to respond to their innermost calling, encountering each and every moment anew, as a precious opportunity to make spontaneous and responsible choices.

Today’s world is a huge melting pot of the processes that happen in the multidimensional lattice of existence. It can be comprehended only through dramatic reconstruction and expansion of our epistemology and ways of co-enacting the World in the shared and sacred dance of co-participation, co-presencing, and co-creation. This new integral vision requires lifelong and steady commitment to transformations of consciousness (Wilber et al. 1986) and constant revisioning of our models of self-and-other-seeing and -relating.

The slumber of our ordinary trance’s limitations can be recognized as a treasure chest of wisdom and liberation hidden in plain sight (Kyabgon 1993/2010). Integral leaders around the world can learn and commit to being gnostic intermediaries (Walsh 2009) who proactively address the World’s systemic problems and challenges by accessing the thriving worlds of treasures abundantly shared within our direct reach in this very lifetime of this ever-present and timeless Now.

Almaas 1988 — Almaas, A. H. Pearl Beyond Price: Integration of Personality Into Being, an Object Relations Approach. — Diamond Books, 1988.

Jaruzel 2014 — Jaruzel II, M. E. Eyes of Fire, Living Space: An Examination of the Psychotherapist’s Experience of Subtle Energy in Psychotherapy. A dissertation submitted to the Michigan School of Professional Psychology in partial fulfillment of the requirements for the degree of Doctor of Psychology. — July 2014.

Walsh 2009 — Walsh, R. The Transmission of Wisdom: The Task of Gnostic Intermediaries

Eugene Pustoshkin is an integral psychologist, translator, and integral scholar-practitioner. He lives in St. Petersburg, Russia, and currently serves as the Chief Editor of Eros & Kosmos (see: http://eroskosmos.org/english), the Russian Integral online magazine he co-founded; he is also the Bureau Chief / Associate Editor for Russia at Integral Leadership Review. Eugene graduated as specialist in clinical psychology from St. Petersburg State University, and now maintains private practice, offering counseling in Integral psychotherapy and mentoring in Integral Theory. He translated several books by Ken Wilber and works of other Integral authors. Since 2014, he has been organizing and co-facilitating (together with Helsinki-based therapist Sergey Kupriyanov, PhD in Medicine) Holoscendence workshops in Russia and other countries.