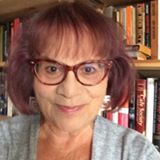 As we, the Human Science Institute (HIS), prepare for our second conference (8-10 September 2016 in Salt Lake City), it was decided that a recap of the experiences from the inaugural conference was in order. I was nominated for the assignment.

In many ways I am the least obvious person to take this on. I am an academic who shuns academic speak: I have never used epistemological in a sentence (until now), yet I thrive among those who do, and in doing so feel welcome and included in their discussions. For me, the richness of Human Science is in its interdisciplinary approach that allows so many to stand under its umbrella; bringing together fields that need to be in closer conversation.

I flew into Salt Lake City on September 17, 2015, and wended my way to the conference site in Park City. We people of like mind, many of whom had degrees in Human Science from a now defunct program, had come together to aid in the establishment of the HSI as we sought ways to extend to a wider audience our ideas/ideals “about the nature of truth, knowledge and reality that may allow us to understand one another.”

Formally and informally, the discussions began the next day. JoAnn McAllister, the Institute’s Board President, and fortunately for me a member of my dissertation committee, laid out the core values and goals that make the study within Human Science so important.

The afternoon was where we began to look at the nuts and bolts of who we are, who our natural allies (individually and organizationally) are, and who might share our perspective(s). The conversation is ongoing to say the least, and important aspects of that discussion are destined to continue at our second conference.

The next day, Saturday the 19th we were privileged to listen to our colleagues present papers, and ongoing work; demonstrating the variety of thought we agreed made a Human Science approach so vital to the world we face today.

Of course, no conference is complete without meals, many meals, which breed conversation and community. The conference ended at the Sundance Resort where we wandered, dined, and chatted of course.

Since we left Park City, the discourse in this country, I’m afraid, has lost even more of its humanity. Like the work I started at this conference, within this remarkable interdisciplinary view, I persist in my search for the human scientists among us. I am grateful that we will continue the conversation in September.

In 2001, Dr. Baar left a life in theatre and union organizing to pursue a PhD in Human Science at Saybrook Graduate School. She received her degree in 2006, just days before her 60th birthday. Her dissertation, Investigating Broadway, became one of the first to be catalogued into the National Archives. In 2008, while working as an archivist in the Wagner Labor Archives at NYU, she began teaching in the history department. Dr. Baar won the CAS Outstanding Teaching Award in 2012 for her course on women in Hollywood and the blacklist. She spent the 2013-2014 school year teaching at Hacettepe University in Ankara, Turkey on a Fulbright Award. She is the Secretary of the HIS board, and is currently working on a play about Anne Braden, most assuredly a great human scientist.