Eros/Power is a wonderfully brave and highly readable book. Brave because, although both Hilary Bradbury and Bill Torbert are acclaimed scholars, they have stepped from behind the safety of footnotes to write in a deeply personal manner,of eros (love, life energy, sensuality and sexuality) and power ( energy applied for effect, both unilateral and mutually exercised), using chapters from their own lives to illustrate and amplify their inquiry. The authors refer to Eros as the “integrating (if supremely tricksterish!) life-force” and return to the adjective “tricksterish” in reference to Eros repeatedly.

Trickstersish indeed! It would be easy to compile a list of generals, gurus, teachers, sports stars and politicians for whom their blind spot about the exercise of power in eros-infused relationships was the seed of their downfall from positions of power.

Bradbury and Torbert are both accomplished writers who 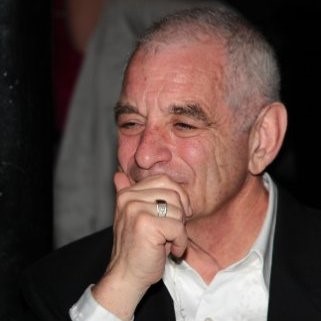 share their rich, personal narratives from childhood to the present each in their own voice. They gift us the intimate details of their lives as object lessons for the evolution of consciousness (theirs, potentially the reader’s and, they hope, the larger society’s) through the transforming fires of relationship.

The writing is lively and at times beautifully evocative and insightful.

For instance, writing of a past multi-decade relationship, Hilary reflects that it “it may have been in part true love. But in part it was likely also love’s near enemy by which I mean so close as to allow me to fool myself.” And at times the writing demands thoughtful consideration – what exactly is “inter-independent monogamy under the sign of inquiry”?

The book’s subtitle is “Love in the Spirit of Inquiry” and the authors give the reader just enough of a framework of adult development so that s/he can join in the inquiry with them. At the conclusion of each section Bill and Hilary engage in a dialogue on what they’ve just written, and the reader too is gently invited to include her/himself in the exploration with suggested exercises to inquire how Eros and power weave in their own lives and in their own relationships.

In particular for readers of a journal dedicated to integral leadership this book has much to offer. For one it is a deeply “integrally informed” text with theory in the background and the author’s subject matter in the foreground. Without pointing to Wilber’s AQAL model the reader is led to look at what the authors refer to as “intergendered, eros-infused friendships” from all quadrants – the perspective of their individual subjective recollections and reflections, the perspective of their dialogic subjectivity as well as from the cultural (LL), historical and social matrix (LR) in which their relationships and ours take place. The narrative stories themselves give an objective view of the actions of the individuals involved (UR).

The book includes, explicitly and expertly, developmental levels, using a multi-tiered model of adult development with which reader’s of Torbert’s other works will be familiar. In this instance his action inquiry marries well with Bradbury’s work in action research to produce a practice called relational action inquiry, which they invite readers to learn and practice also. What is unique in this reader’s experience is the degree to which the authors use a developmental lens to regard, assess and shape the dialog about their personal histories and their own evolution toward more inclusive action logics.

The developmental line that Eros/Power explores in detail is relational: the evolution in one’s capacity for relating with people of the opposite sex. Given the emphasis on the power dynamics and the exercise of power in relationships between men and women one could also argue this is a leadership line as well. In the earlier levels of development people attempt to exercise power unilaterally, getting their way by hook and by crook, evolving in second tier action logics to mutual or shared power.

The most obvious typology used is Masculine/Feminine both in the context of the eternal energetic archetypes and in the context of gender roles taken by men and women in particular socio-historical moments.   Hilary also makes use of the Enneagram to analyze herself and her relationships. States, as in much of Integral Theory, are less central to the book but are present in the narrative of recollections from the authors’ pasts.

Students of leadership and leaders themselves will find much of value in this book. A leader most assuredly must come to grips with their relationship to power. Less obviously, perhaps, but for that reason even more critical, is the need to be aware of one’s relationship to the play of Eros   in relationships between men and women, particularly between male leaders and the women with whom they relate.

The historical asymmetry of power between men and women forms a constant backdrop to the narrative and analysis.   Eros/Power is an excellent resource leaders to develop awareness of the that history and its current impact without making men the villains and women the victims. Through introspection and the relational inquiry suggested in Eros/Power, leaders can learn to intentionally use the energy or eros to accelerate the rate of accomplishment while building their capacity to exercise mutual power.

One aspect of the relationship between men and women that the authors neglect to consider, distinct from archetype and gender, is that these relationships are between male and female mammals, mammals with large brains.   Humans are mammals whose sexual expressions are not limited to times when the female of the species is “in heat” and the deep pull of sex at the biological level is dealt with in varied and complex ways across time, cultures and societies. Biology is not destiny but it matters.

There is controversy, of course, surrounding the degree to which biology determines behavior. Some insist that gender roles are social constructs that can be deconstructed and restructured at will, but others, such as the late Dr. Victor Baranco, would argue otherwise.   Baranco based his view on close observation of men and women living in a community of inquiry that began in 1968 and continues to the present of which he and his wife were the co-leaders. His work is not theoretical but rather empirical, and as he insisted, not prescriptive but descriptive.

In a highly simplified form the pattern he observed is that men are designed for focused, goal-oriented behavior in response to some desire; they are happiest when successfully fulfilling demands placed on them. Winning for a man equals successfully accomplishing the goals they take on. One huge source of winning (and losing) is in their relationships with women.

Women have two modes for exercising power: just as men they can produce to fulfill a desire; however, in a way unique to females they can generate action by dint of their desire. As Dr. Baranco describes it, using a metaphor derived from the call and response pattern of gospel music, whereas men respond, women are capable of both call and response.   Sometimes the call is clear and overt, sometimes shrouded. In modern, Western societies women have amply demonstrated that they are equal to men when in the male, production mode, and men too have desire, it is simply, much weaker in most gender males. The dance of eros between men and women can be viewed as the play of her call and his response. According to this view, in intergendered relationships, this dynamic is always at play whether at a conscious level or not.

Historically production is celebrated and desire is ignored. One of the reasons Freud and many men have been puzzled about what it is that women want is that women’s desires have not been listened to or granted much dignity. There is ample cause for redress in this area. Part of the skill set of leaders who aspire to mutuality in their intergendered, eros-infused friendships is to attend not only to roles and archetypes but to the patterns our biology has laid down over the millenia that are now playing out in radically new contexts.

Another aspect of Eros/Power that is somewhat problematical is that the authors are somewhat inconsistent in delineating the subject of their inquiry. The stated focus is non-intimate relationships, more friendships than marriages for example, but much of the narrative is concerned with intimate relationships, including marriage. Work relationships too are deemed outside the scope of the inquiry but again some of the examples are drawn from work situations. There are other minor textual confusions. In the wonderful section entitled Hilary’s “Valentine Dharma; Inquiry into the Eros of Spiritual Life,” in which Bradbury shares a speech she made to her Zen community it wasn’t obvious that this was in fact the recreation of that speech as distinct from just another section of the book – potentially a source of confusion for readers.

But these are very minor criticisms. Eros/Power is a heartfelt manifesto calling each of us to the great task of moving beyond the centuries’ old paradigm of unilateral power, exercised mostly by and for men, without succumbing to the cheap pleasures of bashing the male beneficiaries of that power imbalance. Unlike many manifestos, Eros/Power entertains as it informs. It compels the reader to turn the next page to see what pickle Bill and/or Hilary have gotten themselves into and how they grew from that while continually encouraging us to lend our hearts and minds to the effort of mindfully and mutually unleashing the power of Eros in the full spectrum of our relationships.

I’ll let Bill and Hilary have the last word on what they are up to and what you can expect to get out of this book:

Bill: “…the key to an increasing sense of Eros/Power in one’s life appears to us to be an increasingly unremitting commitment to ongoing experiential inquiry that periodically undermines one’s very assumptions about what power is, how one is exercising it, and what its impact on others actually is.”

and finally, Hilary: “In this book the wounds of domination are addressed through the experiment of our relational inquiry. I hope others will perfect the effort started here. In actively giving up the privilege of not seeing and instead reaching to deeper honesty, Bill and I stumbled into a mutual inquiry that transformed us. This sharing is therefore an act of concern for public health – my own included.”

Joseph Friedman has forty years’ experience in the design and delivery of consulting, coaching, and transformational development programs to individuals and organizations in the United States, Africa, the Caribbean, Japan, India and Canada. He is the co-founder and former Director of Training and Development of JMJ Associates, a global consultancy that employs the Integral Approach in its work supporting the safe execution of mega-projects in the oil and gas industry.

In addition to being well-educated by being in intense, intergendered, eros-infused relationships for most of his life, he has taken many classroom and laboratory courses at More University in the areas of communication, sensuality, man/woman relationships, jealousy, money, possessions and other issues of group living.

One thought on “4/28 – Bradbury and Torbert. Eros/Power – Love in the Spirit of Inquiry”